These are some posts collected from my Mastodon postings which together sort of form a coherent picture of the fediverse. Sort of. 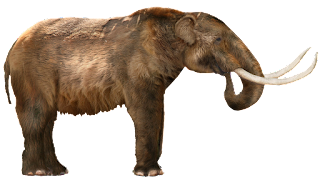 So much fun watching tech people pour in from Twitter. Others, too, but it's the tech people who interest me, because I remember when they were doing interesting things 10, 15 years ago, before they were drawn into the Twitter vortex. Now they're here full of new ideas and (at last!) on a platform where they can implement them. But first, it's like watching them in a new house, running to see all the rooms, marveling at the new appliances. So much fun.

For my own part, while I never felt comfortable following people on Twitter (because it was on such public display, with accumulating followers the name of the game), here my approach has been different and I'm following a lot of people as they come in. I can always prune my follow list later if I feel like it. Right now I'm enjoying the rush of reactions, the back-and-forth as people try to keep Mastodon a place where people are nice, and the way things are still non-commercial and non-huckster

It's interesting to compare the rush into the fediverse today with the land rush into Google+ when it first opened in 2011: a similar excitement, but beyond that the two events felt very different.

In Google+ it felt like a land rush. The first people in were influencers (ie., people who wrote for web publications like Slate and HuffPost, etc) jumping on keywords and community names in an effort to be first in a subnetwork, to benefit from network effects, and create huge numbers of followers.

Here, the influencers have been mostly absent. Mastodon isn't a place to build massive follower lists. It's like people are landing in the environment and then looking around for their friends, people they knew from bird site or even the days of RSS, and reconnecting.

The difference, to me, is that the fediverse is a sphere of abundance, while sites like Google+ were spheres of scarcity. Preferential attraction doesn't work the same here; the advantage to being first in isn't so great.

But there's no scarcity of network in the fediverse. It's not just one big network, it's a network of networks (an 'internet', if you will). There's no one centre. Anyone can start a node.

Mass in a decentralized network is a weakness, not a strength.

This is just me, but I would ask, if you're going to link to a paywalled article, please tell me it's a $paywall in your toot. Otherwise, it wastes everyone's time and amounts to no more than an advertisement for a commercial publisher. Thank you. :)

The way the fediverse works is different from the way trad social media works.

Rather, some people follow it, and if there's anything of note, they pass it along to their friends.

And so on, through layers of friends, each acting as a filter, adding commentary or perspective as needed.

Thus the network protects itself from misinformation, objectionable content, and cascade effects.