We Should Decolonize Names 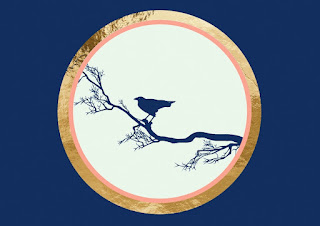 Over the years I've had occasion to collect names any number of times. The standard way to do this is with an online form. You then store the names in a database for use when sending personalized greetings or to indicate authorship of a post, or whatever.

In my own work I've adopted the habit of using only one field, both in the form and in the database: name. That's it. This is very different from most other forms. They will ask for your title, your first name, your last name, and maybe even more.

I think people should stop doing this. Names vary a lot from place to place, and the usual title-first-last format reflects a very specific western-oriented perspective on what's important and how names should be written.

For example, I was prompted to write this post after encountering yet again another 'non-standard' assemblage of names as I input the authors of an online publication into my system. Here were the names:

I could probably hazard a guess as to the nationalities of each (though they are both at University Malaysia Sarawak) but I probably shouldn't. Most especially, it would be difficult for me to identify what should count as 'first name' and 'last name' in this scenario.

This happens a lot more than you would think. Spanish language (and, I think, Portuguese) names have four separate components, and (it seems to me) what counts as the 'last name' often varies according to context (of course, I could be totally wrong about this as well). I have also had numerous occasions to collect the names of one-named people, like 'Kinshuk'. They're a lot more common that you may think. And it happens in every language, even English: I can't count how many times I stumbled over two-part non-hyphenated last names, like 'Simon Buckingham Shum'.

When we get to things like titles and pronouns it gets even more complex. Is the title a part of the name or not? I tend to treat it as not a part of the name (maybe I am wrong here) and the reason for that is that I think titles are holdovers from a class society. In the western world, we began with 'Duke' and 'Lord' and 'Sir' and extended it to "Doctor' and 'Professor', and then began to combine these every which way.

Titles also play the role of pronouns in the sense that you can deduce what a person's pronouns are by what title they use - mostly. A 'Mr.' will probably use 'he-him-his', for example. But what if a person's pronouns are 'xe-him-xis'? Is this person's title 'Xr'? Most websites use drop-downs to list the most common titles and pronouns, but given the vast assortment available, this again is an expression of cultural privilege.

So when I'm collecting names for OLDaily, I ignore titles completely. It's not up to me to try to guess the gender of the author, and it is mostly not relevant to whatever they've written. In cases where it is relevant I'll make a point to check. Similarly, I minimize my use of pronouns, will often use 'their' if I have to indicate possession, and if it's relevant I'll check.

But if I were collecting names for something where people submit their own names, then I would accept whatever they submit. If the title matters than much to them, then they can enter 'Mr. John Smith' or 'Sir Charles Tupper' or 'Sri Guru Angad Dev Ji' then that's fine with me. I'm not going to try to reorder the words, pull out some as irrelevant, or mess with the name in any other way.

Another issue that comes it is in listing people alphabetically. Now I'm not a fan, but it does make it easier to find someone in a long list. So when I do list people, I list them according to their name as they use it. None of this 'Downes, Stephen' nonsense. I do not have a comma in my name and I resent people putting it there. And why should I be listed by my last name? My name is my name. Sure, I'm related to other people named Downes, but the importance of this is your perspective being imposed on me.

The idea of even having a 'surname' is in some cases a colonial relic. Indigenous people in the Philippines, for example, would give different surnames to children in the same family. The use of common surnames was imposed by the Spanish Claveria Decree of 1849, "from which every Filipino family had to choose under Spanish rule, mainly for tax, census and religious purposes."

You might ask, "well, what if people don't use their real name?" I would first ask, "why should I care?" If someone wants to be known as 'Tony the Tiger' then that's fine with me. The only objection I would have are names that would get me sued, fined or arrested (admittedly, since I do travel, this list is probably longer than I would like). And then I would also ask, "what is a real name anyway?" It is the one on their passport? Their birth certificate? Do I forbid nicknames? Again - a lot of this is just me imposing my values on other people, which is the essence of colonialism.

And my main point in all of this is avoid imposing cultural values on names. I just don't want to be in the business of doing that. Names are really personal. People can decide for themselves what they want to be called, and we shouldn't be telling them 'you should do this' or 'you should do that', whether directly, or implicitly through the design of an online form.