This post responds to Alex Usher's article Non-existent Preconditions for DARPA Success, which looks at a promise to implement a Canadian DARPA, and offers reasons why the conditions for success of a DARPA don't exist in Canada. 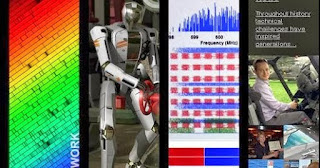 The first thing to point out is that Canada already has organizations that function in a role similar to DARPA. One is the National Research Council. Another is the much less well known Defence Research and Development Canada (DRDC). How these work sheds some light on the argument made above.

The two-fold definition of 'works' is at play in both agencies, with some minor caveats. The NRC delivers research to 'clients', some of which include the military. DRDC has only one client, which is the military. But there is the expectation and hope that there will be wider benefits from both types of research, either directly, through the commercial or military success of the client, or indirectly through the production of new knowledge or new technology that is of wider benefit to Canadians.

There is a significant difference in how DARPA works, however. "DARPA implies above all that the government is an extremely good client.  That is, it is putting out contracts to private industry to accomplish certain proof-of-concept tasks with a view to eventually putting technologies into use. " This is actually pretty similar to the way DRDC works, but much less so about how NRC works.

There was an effort during the Harper years to change that, and that efforts hasn't entirely disappeared. Both NRC and DARPA were organized into 'programs' (NRC first, then DRDC) led by program managers that would deliver technologies to clients by contracting either external or internal resources. They are still organized this way. At NRC, programs are (mostly) constrained to using internal resources. At DRDC there is more flexibility.

I have been an NRC program leader and have worked in both NRC and DRDC programs. The intent was to have programs contract to external agencies, including universities, private industry or other government departments, and I actually did this to a small extent on my program. However, it would take a major change to the way the budget is managed for this to be done on a widespread basis. DRDC, as I said, has more flexibility, but I'm not sure how much.

Would this work better? Probably not. Contracting to private enterprise, especially in the area of military applications, greatly increases the cost of whatever is produced. And you're not buying greater quality or even greater control over the product, you're buying speed. But this - as correctly pointed out - comes at a cost of transparency and control. My own view was that programs structured this way would be a better way to subsidize selected companies and industries (which is primarily how it functions in the U.S.) that do develop new and important research.

Canada's NRC already has a way to subsidize research: through IRAP, which delivers millions of dollars to companies taking research risks. Applications are selected through IRAP programs (I have been involved in this vetting process) sometimes to help companies develop their own product and sometimes to help a product or service for other government departments. Viewed from the perspective of supporting commercial research and development, this is just one of numerous initiatives that spend billions of dollars annually, including the Strategic Innovation Fund, Business Development Band, Canadian Institutes of Health Research, and many more (there's a good list here: https://www.venninnovation.com/en/blog/federal-budget-2021 ).

The other way to look at research programs is to look at them as a form of research management. That's the thinking behind sentiments like this: "DARPA isn’t about curiosity-based research, and nor is it just about funding crazy-off-the-wall ideas: it’s about ideas which may seem futuristic but still have very imaginable applied uses by the military." The concern, which was louder during the Harper years than today, but which never goes away entirely, is that government research should be in some way directed, not merely curiosity-based.

Canada accomplishes this through funding, both internally through programs (which still exist) and other projects, and externally through the funding agencies, including especially (but not in any way limited to) the tri-councils - the Canadian Institutes of Health Research (CIHR),  the Natural Sciences and Engineering Research Council (NSERC), and the Social Sciences and Humanities Research Council (SSHRC). These agencies provide direction, but for the most part there's no particular client (other than the government itself).

We could debate whether these programs are, taken collectively, 'successful', but on review there's no particular evidence that shows that a program-based defense-oriented set of programs contracting to private industry for specific outcomes would be any more effective. Arguably, diverting resources from existing systems for subsidizing commercial R&D, or diverting funds from existing research finding programs, would represent a step backward, getting less value for more money. And it's hard to see the case for allocating more, given that defense already has a sizeable research component.

The additional commentary on why a Canadian DARPA would fail is incorrect, and demonstrates a lack of knowledge of how programs are in fact managed (this isn't a criticism, it's just a fact).

Programs are director-level positions. These are not union positions; they are management. Five-year appointments are very common at the director level, and in the research agencies especially, directors can come from anywhere - from within the ranks, or from external agencies. I've worked with astronomers, engineers, former industry execs, former university administration, and more. The union (or, more accurately, the professional institute ( https://pipsc.ca/ ) never said a word, because they have no jurisdiction.

Why are these director-level positions? This has nothing do do with hiring or firing (other than the directors themselves, but this is pretty minor in the overall scheme of things). Programs directors do virtually no hiring or firing at all - why would they? They are contracting out research tasks, either externally or internally. No, it has everything to do with budgets - directors are responsible for portfolios of millions of dollars, and this makes them a management level position. When I led a program, we worked "in a comparatively flat structure which allows program managers to make funding decisions with minimal oversight." This has changed quite a bit since then, because as it turns out, this isn't a very good way to manage prortfolios of millions of dollars (now we've gone too far the other way, but that's another story).

So let's review. "The provable track record of the US DARPA  relies on i) a department which has concrete purchasing needs and ii) can act as a good and reliable client, while at the same time having an agency which iii) is opaque, iv) rotates personnel frequently and v) operates free from many of the rules which constrain other government departments.  Oh, and vi) the client needs to be patient with the agency: it must tolerate extraordinarily high failure rates, because it is only with a heck of a lot of failures that the occasional crazy futuristic technology ever happens."

i. The government as a whole spends billions of dollars annually on concrete research and development purchasing needs, contracting either internally through other government departments and programs, or externally through programs that fund private enterprise, universities, and other agencies.

ii. These are good and reliable clients, they have agency, and they never go away.

iii. In some cases they are opaque (especially in contrast with the U.S., which treats government IP as public property that can be used by anyone) and bound by private contracts (you'll have to trust me on this one), though in general opacity results in less efficient management, sacrificing efficiency and control for speed

iv. Director-level positions, which manage the large budgets needed for such programs, rotate frequently, and are only sometimes filled internally, being filled just as, or more, frequently from business and industry, usually on fixed-term positions or secondments

v. Granted, these agencies are bound by the rules which constrain other government departments, which have been demonstrated through time to produce more efficiency and agency in public spending.

So - while I agree that there isn't really a good case for a Canadian DARPA, it's not because Canada couldn't make it work. To a large degree, we have funding and programs in place that already implement most of what a Canadian DARPA would. Rules involving unions, bilingualism, treasury branch, and freedom of information simply aren't barriers to success. But we shouldn't more toward a system that is more opaque, with less oversight, that simply (and secretly) funnels government money to private industry.

Yes, there are voices saying we should. They were louder during the Harper years but they still exist. They should be resisted,
Email Post