There's No One Thing Called Ethics

I wrote this in OLDaily today:

There's a lesson here anyone interested in the ethics of AI or education or whatever should heed. "There are no simple solutions, because there will never be unanimous agreement on highly contested issues. Making matters more complicated, people are often ambivalent and inconsistent about how they react to a particular piece of content." There's no one thing called 'ethics'. "For example, human annotators rarely reached agreement when they were asked to label tweets that contained words from a lexicon of hate speech. Only 5% of the tweets were acknowledged by a majority as hate speech, while only 1.3% received unanimous verdicts." 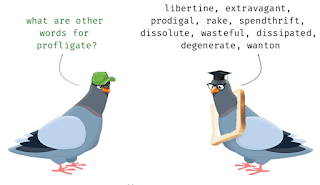 This is a topic I've touched on over the years, from my Censorship My Way article in the Blue Ribbon campaign in 1996 to my work on ethics and analytics from last year (which I still do hope to finish one day). My argument is essentially that, first, I'm an ethical person, and second, I have a certain set of ethics I adhere to. So either what counts as 'ethics' is whatever I happen to believe is ethical, or, there is no one thing called ethics. Since I'm pretty sure you won't agree with me on what I call ethical, it follows that there is no one thing called ethics.

Now you might just say that I'm not an ethical person. But on what grounds? I've never been sent to jail. My driving record is virtually spotless. I donate to charity and have dedicated my working life to public service and helping those less fortunate than me. My climate impact is minimal; I drive an electric car and live in a province where almost all electricity is non-carbon. I am kind to animals and avoid killing even insects. And so on: you would have a difficult case to make if you were to say I'm unethical.

So, maybe you agree with me on these ethical principles. You, that is, and everyone else. That would be a way to defeat my argument, but if so, then I would be happy to be defeated, because then we would be living in a world that at least aspired to be ethical as I define ethical. But no, I don't think we're going to get that. Let's look at some examples.

Let's begin with killing and injuring. I think it's unethical to do either. Yes, accidents happen, and I'm not going to condemn a person who is blameless, though these cases are quite rare. Let's focus on the deliberate killing or injuring of a person, such as in cases like torture and murder.  If there's agreement anywhere, it would be there, right?

I have a similar view with respect to war, the other major way society turns a blind eye to this 'universal moral principle'. There are many other ways we could decide international disputes; why not just push against each other with shields and decide the outcome that way? Or even more radically, allow people to live where they want and for people to decide for themselves how they want to live?

So perhaps you might argue that we might not have a choice, that's there's a Bashar al-Assad or an Isis who will not let the people live in peace, so we must rise up and defend ourselves. And, yes, I recognize that there are sometimes cases where there is no other reasonable course of action to take up arms to defend oneself. But we have to ask, how did we come to be in this situation? How did Assad come to be in power? From whence did Isis obtain its weapons and its ideology?

This business of killing people ought by itself to be enough for me to make my case, but there's also the matter of injuring people through torture of some such mechanism. And here we have numerous cases where the prohibition against torture in international human rights law has been "rendered quaint", to quite a high ranking American official. And of course torture is still practiced widely around the world, presumably by people who believe themselves to be acting ethically (though it's hard for me to imagine how).

We could go further with our discussion. For example, what is it that makes people think that violence and killing and torture are ethical? People aren't born with these ideas; they need to be taught. And they could be taught differently. They do not need to revere as heroes figures who fight and kill as a means to resolve disputes. I would rather see the scientists and the healers and the artists depicted in a heroic light.

And let me impose an interlude here, so that I can skip over discussing my entire system of ethics and morality, to take us to the original point that was being made in the article I quoted.

What counts as hate speech? I'm going to include in hate speech any language that calls for or justified violence, killing and torture. I don't care who utters it, I don't care what their justification is. It does nothing more than to contribute to the cycle of violence we already face.

I'm also going to call out language that signifies a person or group as essentially inferior. This is language that dehumanizes the person or group, thus making them more acceptable as a target of hate, and hence, violence and harm. That does not eliminate all discussion of classes of people - I could, for example, say "black people have darker skin than I do". But it does eliminate most such discussion. It's hard to find a generalization that begins with "Jews..." or "Italians..." that does not instantiate some harmful stereotype, whether arguing in favour or against.

Additionally, I'm going to include language intended to offend people. The argument that "I don't find it offensive, so it's OK" doesn't fly with me. Now I agree, pretty much anything we do or say is going to offend someone. After all, there is no one thing called ethics. But in my world, going out of your way to be offensive to someone is hurting them, injuring them. There are many different way to do it, from making 'jokes' to publishing cartoons that insult Muslims to profligate swearing. There's no reason to do any of these things; you're not making a point about 'freedom of speech'. You're just being offensive for the same of being offensive (specifically, to create an in-group that clearly separates 'us' and 'them'). This is unethical.

There's more, so much more. Advertising junk food to children. Promoting entrepreneurship as a virtue. Dropping spoilers into forums. Creating involuntary obligations. Imposing ethical and religious values on others. Borders. Slavery and servitude. Weapons manufacture and sales. Kicking dogs. Polluting. Misrepresenting one's credentials and self-promotion generally. Propaganda generally. Charging interest on loans. Keeping everything for yourself. I could go on and on. There's a lot I find unethical.

And there's a lot that other people think is unethical that I don't have a problem with at all. What consenting adults do, for example, is fine with me, even some things that I would not in a million years consider doing myself. I don't care how people dress, or even whether they dress. I'm not offended by the ethical conduct (see above) of religion or any belief system. Dancing is OK. Co-ops and socialism. Sharing generally. Happiness. Sushi. I could go on and on. There's a lot I find ethical.

I don't think there's anyone who has the exact same ethical views I do. I think it's pretty much a given that not everyone does. The key thing here is that that's OK with me. You don't have to agree. We can lead our lives by our own ethical principles. And the purpose of government, and society generally, is to allow us to do that while living our lives in quiet enjoyment.