Connectivism at the Moment

Responding to an email enquiry 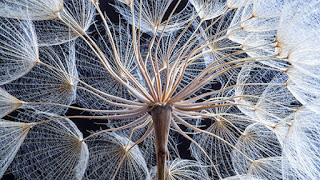 - what is your opinion/ vision regarding the application of the CONNECTIVISM theory at present ?

I see it being widely applied both online and offline. I recently wrote a paper called 'Recent Work in Connectivism' where I describe this work.

It's important to note that connectivism isn't a 'learning theory' in the sense that you can just decide whether or not to apply it. It is intended as an actual account of how knowledge and learning work. So it doesn't matter whether it is applied, it matters whether it's accurate.

- How do you see the role of technology in gaining knowledge nowadays ?

Technology plays a significant role because it enables us to have a much wider range of experiences.

We have new types of experiences, through interfaces such as audio and video, virtual reality, online games, and other multimedia. Many of these experiences would be too difficult, or too expensive, or too dangerous, to have without technology.

Technology also enables us to connect with many more and different people that we would eb able to otherwise. Consider this conversation we are having. It would not have been possible without technology, unless I were to visit Algeria.

And technology helps us visualize information in new ways. I can, for example, create a graph of all my knowledge and look for patterns in that graph. This would be very difficult and maybe impossible without technology. When people create memes, or use emojis, or follow tending topics on Twitter, they're using technology in this way.

- How did you update or develop the theory so that it gets in line with the current era ?

I would not say it has been updated, though I've looked at in in a new light in some ways.

Once major way I've changed some thinking is in response to the idea of embodied cognition. This is the idea that knowledge and learning involve not just the human brain - not just our neural network - but rather, the entire human body. There are other networks in the body, for example, the immune network. So there is some initial plausibility to the idea of embodied cognition.

Another aspect of embodied cognition is to consider the wide range and variability of human neurons. So when we have connections in a neural network, the actual type of neuron being connected may be important. This I think would be a useful avenue of work for researchers in the future.

Another major change is in the development of new types of machine learning algorithm. I have relied on traditional philosophical literature to describe how networks learn, however, new algorithms have expanded the range of possible models. I would now also categorize them differently. The core idea remains the same, but we've discovered many new ways of implementing that core idea.