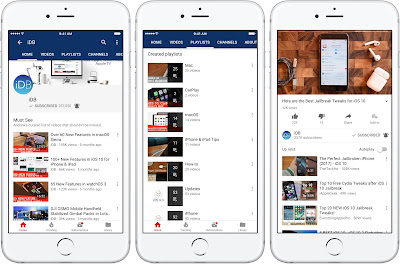 Thanks to Jeff Rubenstein for a thoughtful comment. I agree that the division between 'content' and 'paper + ink' isn't always the best way to approach the discussion, and should note here that it was generated as a metaphor to frame a response to a commonly raised issue. Jeff addresses the same issue, I think, but in a much more nuanced way.

Here, to me, is the main point:

And those systems will necessarily have a cost that *someone* has to pay.

Staying with the nuanced analysis, we should recognize that while 'cost' has economic connotations, there are many flavours of 'cost' (Greg McVerry, for example, mentioned personal or cultural burdens that may be borne by marginalized community or people in specific geographic regions).

And that's important, because there's a certain perspective that expresses the view that the *end-user* should pay some or (in a purely market economy) all of the costs. This is the basis for costs that are paid by such means as user fees, subscription fees, tuition fees, direct purchases of materials, licenses, and the other ways people are accustomed to paying on an everyday basis for pretty much everything.

And again, in the spirit of nuance, it is important to recognize that these costs are not always paid as money. Sometimes they are paid as attention, for example in advertising, where you agree to look at a sponsored message in exchange for content. Or sometimes they are paid as information, for example in surveillance systems which track what you read and what you say.

So how should this apply to OER?

It's this: in sum, and in general, the principle of OER is that educational resources should not be funded on a user-pay system, that there should be some mechanism for a person to obtain the full educational benefit *without* paying any of the costs.

The justification for OER is twofold:

- and second, there are *many* other ways to pay the costs, all of which are are more effective and more efficient than a user-pay system. We've seen this demonstrated over and over again with other essential services, which is why so much of our core social infrastructure is paid for socially, rather than personally. In Canada, for example, we do not pay for roads, police, fire services, military protection, health care, and primary and post-secondary education.

Jeff says, "I wonder what this means for the debate around the "free" part of OER."

The response is: there is no non-free part of OER.

Now I agree, there are exceptions to socially-paid social services. We sometimes see toll highways, for example. We have to purchase our own fire extinguishers. Companies often hire private security guards. We often pay extra educational expenses, and notably, pay for books and resources. Even in the area of essential social services, there are many costs that are still borne by the users.

The principle here that should guide OER is this: where there are additional costs that should be borne by the user, these should be (a) for goods and services that are *optional* and not a part of the essential social service that is education, (b) should not be attached to goods and services that are essential in such a way that the costs are unavoidable, and (c) otherwise, directly compensated through social programs so that those who cannot afford to pay the costs do not have to.

But these conditions, while they apply to OER, are not a part of OER. When the use of an educational resource to support learning creates a direct cost to a learner, then that resource is not OER.

Yes, there may be cases where it is necessary to create user-pay systems for educational resources, and we can debate that. But the need for such systems does *not* make them OER, and to the extent that they create direct user-pay costs, they are contrary to the spirit of OER.

This process is called *conversion* and that's what a CC-by license allows: it *converts* a resource that was previously an OER to a resource that is no longer an OER, by allowing it to be mixed it with user-pay content or services. And we should understand Creative Commons CC-by licensing that way, as a tool for privatizing socially produced and paid-for goods an imposing user costs onto them.

Now I find the IMS open video project that Jeff mentions fascinating, and will look into it in more detail. But if an IMS Open Video application takes OER video clips and adds features (branching scenarios, metadata, etc) where the resulting product becomes a user-pay product, then what 'Open Video' does is to take OERs and convert them to privatized user-pay non-OER resources. Not everyone will use IMS Open Video this way. But some will.

As always, there is a great deal of confusion about socially-supported costs as compared to user-pay costs, as evidenced by TJ Bliss's comment:

> But, in fact, most Canadians pay for these services through representative taxation.

Socially-supported services are paid for though social wealth, as compared to user-pay systems, which are paid for by end users. This is not the same as charging students a library fee. A library fee is a user-fee, not a tax.

For example, government revenue is comprised of various sources (these vary from country to country, of course), including income taxes. corporate tax, duties and tariffs, royalties on natural resources, etc. It's important to see that paying for something socially is not the same as having everybody pool their money together to purchase something collectively.

Social payment for services recognizes that the wealth of the country as a whole (and not merely individual taxes) ought to be used to pay for these services. Often that wealth is collected in the form of government assets, though it may also accumulate in corporate or private assets. Either way, what's really important about this model is that people have fewer resources pay nothing, not even though taxes. The degree to which is is true varies from country to country.

There are many arguments we could have about, for example, what services out to be socially supported, or what's the best balance for social payment through government or private assets. These are the sorts of arguments we might have if we were talking about, as David Wiley suggests, what problems we're trying to solve.

(Image: IDB. Interesting there were no images on IMS Open Video available for download).