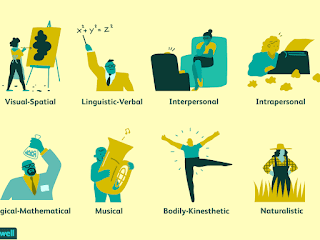 "Let’s take this idea further. Koch (2014) claimed that ALL networks are, to some degree ‘intelligent’...." Not just Koch. This is, of course, the core idea in Connectivism. Though as you quite rightly point out, this is based on earlier work as well.

That said, the most significant criticism of this view arises out of this formulation. "If we consider the idea of competences residing in other forms of chemistry and substrates..." This is the idea of intelligence (or 'mind') as disposition, which is exactly the formulation used by Gilbert Ryle, and hence, behaviourism.

The core issue here - explored by people like Searle - is where to find what we might call 'understading' in such an account (and compare with Chalmers's 'hard problem' of where we find 'consciousness' in such an account). This leads to what you style as "‘miners of the mind’ looking for this singular intelligence or multiple set of essential intelligences."

Or, as I call it, cognitive psychology, which is based on the idea that there is some core set of capacities - functions that can be learned, maybe, or some sort of embodiment principle - that explain 'intelligence' over and above mere dispositions (network or otherwise). In this regard I see no distinction between people like Gardner and Kirschner or Willingham. The statements 'you have innate learning styles' and 'you cannot teach critical thinking' are based on exactly the same argument.

Moreover, we can extend this discussion to the domain of literacy. Over the last few decades we've seen a proliferation of literacies - cultural literacy, digital literacy, emotional literacy, data literacy, etc. What distinguishes these from intelligences? Looked at closely, they all reduce to some sort of Turing test - can you pass for human in this or that language?

So - yeah - fields like cognitive psychology and education have added layers and layers of *cruft* over and above observed properties of neural networks (artificial and otherwise). Virtually the entire discipline is made up of some sort of invention - no more insightful than Freud or Jung - analogous to 'mass' in physics that would 'explain' all of cognitive phenomena (where cognitive phenomena are whatever there is over and above the growth, development and response of networks to external phenomena).