What Is Online Learning? 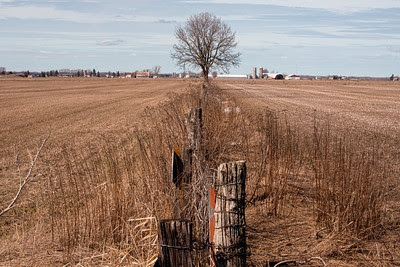 I have a lot of sympathy for those working in educational technology positions at schools and universities today because they have been thrust into the unenviable position of converting a recalcitrant faculty of teachers and professors into overnight online instructors.

Such a conversion would never have happened without an external force such as Covid-19. Over the years I have stated that the move to online learning will happen mostly outside the institution, and be gradually adopted only as it proved its effectiveness and was demanded by parents and students. This may well yet turn out to be the case if, after the pandemic, there is a widespread desire to return to the way things were.

The fear that parents, students and faculty will hate what is being offered today during the pandemic is leading some to deny that what we're offering is online learning at all. This is what Clint Lalonde is saying here:

And this is a point where I have a profound difference of opinion with him.

Let me be clear. I recognize that there are many emergency measures being undertaken, and that the circumstances are far less than ideal. We should evaluate the effectiveness of what is being done today, if we can. There's a lot to learn.

My significant point of disagreement is with this:

Online learning is planned, deliberate and thoughtful in the sense that online courses often take months or even years to develop, not days or weeks.

If this is true, then nothing I have done in the last twenty years in online learning. Yes, I did go through the phase of taking months and years to develop online courses and programs, including the work I did at Assiniboine Community College and at the University of Alberta back in the 90s. But what I concluded at the time - and still maintain to this day - is that the slow, plodding, expensive approach to online learning as course development and delivery is unsustainable.

Online learning is far more than online courses and programs. It always has been. While inside the institution it has been difficult to imagine learning as anything other than courses and programs, outside the institution, over the last three or four decades, online learning has been something very different. Throughout my career I have drawn from the wellspring of creativity that is the wider internet to introduce educators to things like learning communities, blogs, social software, MOOCs, personal learning environments, and most recently, decentralized technology.

And that's what I was trying to say when I said this:

Look at the newly resurgent Twitter, "a lot of great sharing, support and conversations. It feels like the best of what Twitter and a PLN is." Exactly. People stopped planning their Twitter messaging strategy and just started sharing.

Online learning should be fast, fun, crazy, unplanned, and inspirational. It should be provided by people who are more like DJs than television producers. It should move and swim, be ad hoc and on the fly. I wish educators could get out of their classroom mindsets and actually go out and look at how the rest of the world is doing online learning. Watch a dance craze spread through TikTok, follow through-hikers on YouTube, organize a community in a Facebook group, discuss economic policy in Slack. All of that is online learning - and (resolutely) not the carefully planned courses that are over-engineered, over-produced, over-priced and over-wrought.

I imagine most people did not read the entire quote, focusing instead on Matt Crosslin's reference to the first sentence of the second paragraph. One person even took me to task for ignoring feedback, saying "inspiration is nice, but not the same as feedback." Well I quite agree. And a quick look at what I wrote would have resolved that concern.

I quite agree with what Jim Groom said, that this is not "the time for wild experimentation." I also recognize that a lot of what is happening today is an emergency response to an unprecedented situation. As Clint Lalonde says, "What is happening right now at many institutions as they are scrambling is grasping at life preservers trying to stay afloat, which is leading to a lot of hasty bad decisions. Proctoring using tech systems that fail to recognize people of colour, for example." It is not the ideal introduction of online learning by any stretch. But none of that justifies an unhelpful redefinition of online learning into online courses that take months or even years to develop.

And, in fact, if instead of doubling down on institutional e-learning we drew on the many lessons the wider internet has offered us over the years, we would be in a much better position to respond to the immediate needs of the crisis. No small number of pundits have been offering exactly that advice. Eric Sheninger's post is typical of such advice. Don't try to do online what you've been doing in the classroom. Back off a bit. Loosen it up a bit. Maybe even have some fun. Or as Kevin Hodgson said, "Educational institutions need to stop jamming platforms down throats of educators and, then, students, as a replacement for classroom instruction and instead, consider how people really learn with tech." That's what I was trying to say in a relatively loose and happy way.

Now there are two more issues I would like to address, both of them raised in Matt Crosslin's Twitter stream.

The first is the question of what 'research supports'. In response to my post, Crosslin wrote, "most research shows that this doesn't work that well for formal or informal learning in any modality..." Having worked in this field as a researcher for several decades I am not flummoxed by claims that "most research" says this or that. What I have learned is that, mostly, it doesn't. I asked for the relevant citation, but Crosslin didn't like the way I asked, so I can't address this claim in any detail.

I can think of only two research streams that support his contention. The first is John Hattie's work on effect sizes. But this has been roundly criticized and should not be used to say that "research has shown" something is the case. The second is Kirschener, Sweller and Clark's work on cognitive load theory, which I have directly addressed in the past, and which is again far from conclusive enough to be cited as saying "research has shown".

And - as I pointed out in my response - there are significant problems with educational research. There are problems with methodology, with sample sizes and representativeness, which hasty generalizations, with reproducibility. Anyone who simply says "research has shown" that something is wrong isn't taking the argument, or the proponent, seriously.

The second is the suggestion that my position is immoral. Crosslin writes, "informal education that operates like this practically does not exist to large portions of the world. They are left out when you "move fast and break things." It's not a 'classroom mindset,' its an 'inclusive mindset' that plans education well."

First of all, it's not true. For most people in the world, informal learning as I have described is all that they get. As I stated yesterday, "From what I can see, OERs, MOOCs, YouTube, stackoverflow, etc. etc. are available pretty much everywhere. What do most people *not* have? Money for tuition."

I think people are interpreting 'unplanned' as 'having no plan for anything whatsoever', along with 'using the crappiest technology possible', and adding 'not requiring any background or expertise'.
Such interpretations are obviously not accurate. The principle of charity, though, is almost unknown in Twitter discussions.

A number of people have captured my meaning. One person mention unconferences, which - yes - require planning, but are generally thought of as unplanned. This is a pretty good example; unconferences put the agency in the hands of the conference participants, instead of trying to preplan professional-level presentations for each session.

But what really bothers me is the idea that the approach I am advocating, as Brian Lamb suggested, "isn't grounded in student care and access... and assessed accordingly... ouch." Now to be fair, he didn't directly say that about my argument. But the implication was pretty clearly there, and some other commentators took the argument and ran with it.

I have spent my entire life promoting access and agency. The reason why I have so many problems with large institutional education is that it is for the most part inaccessible and squelches student agency. As I said yesterday, "I am concerned about learning resources as described by Lalonde (take years to develop, cost $$$) actually *preventing* and *harming* care and access."

And I think Lalonde recognizes this point of disagreement when he says, "It does take time to thoughtfully plan and execute an online course. I don't think anything that I spoke of prevents or harms care or access and it's ridiculous that you would imply that."

I don't think it's ridiculous because, if it takes time (and especially months or years) then it costs money. Potentially a lot of money. And in general, the more it costs to develop online learning, the lower the number of people can afford to access it (whether by paying directly, through tuition, or indirectly, through taxation). If the only model for online learning is the online course, then inaccessibility is built into the model.

So - in summation - notwithstanding how difficult things are right now, you don't get to redefine online in such a way as to exclude anything that is not a carefully designed online course.

There are many other ways to approach online learning. Yes, some of these aren't suitable for right now, others are not suitable because of institutional constraints, and still others because of the prejudices of recalcitrant faculty of teachers and professors. That doesn't make them wrong, it just makes them difficult.

The other models are not disproven by research, and they are not devoid of care, concern for access, or any of the other moral failings assigned to them over the last few days. In many ways, in my opinion, they represent much more due care and attention to access, student needs, and broader social benefit.