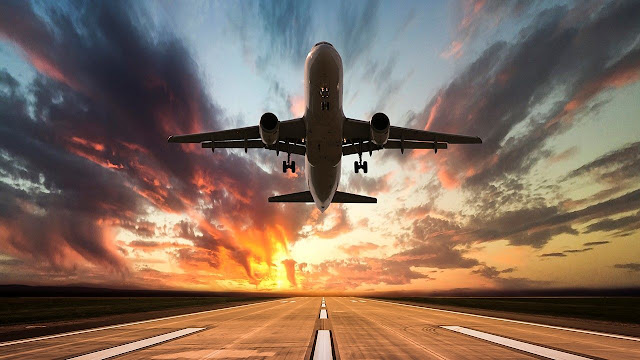 I just want to take a few moments to consider Bryan Alexander's comments about flying to conferences. As most readers know, I have flown to hundreds of academic conferences over the years. So I guess I would be considered a prime offender in this regard.

Except - I don't see myself as an 'offender' per se. Flying to conferences is just one of the things I've done over the years. I've also lived in apartments and houses, I've also bought and eaten food, I've clothed myself, I've driven and taken the train, and even taken the ferry a few times, I've worked in various office buildings.

All of these things have created a climate impact. I've heated my house with gas - in New Brunswick I actually converted from electric to gas. I've mostly cooked with electricity, though these days I usually use the microwave. About ten years ago I finally broke down and bought a car - a Honda Civic - and about two years ago I went with a Plug-In Hybrid Electric Vehicle (PHEV). I've been pretty low-impact over the years, but the reality is that most of my choices are out of my hands.

My main experience with all of this is that it's really hard to do the right environmental thing. This gets more and more true as you get older. But it's always true. And this, not my flying to conferences, is where the real environmental issue lies. Understand - I would be happy to live a zero-emissions life, and I would pay a considerable price to do this, but it's just not on offer.

Let's take my house. I live in a small but relatively modern house; it's well insulated and my heating and cooling costs are less than half what they were in New Brunswick, where I lived in an older house. And they're in line with what heating and cooling has always cost me, whether living in a house or an apartment. And mostly I've always heated with gas.

One alternative is oil, which is a non-starter. The same with coal. I know a lot of self-proclaimed environmentalists use wood, but that's even worst than coal or oil; we had a neighbour that heated with wood and by himself he polluted our entire neighbourhood. I've always opted for gas, which compared to all of these is much cleaner.

What about electricity? I'm a big fan of electricity, but in New Brunswick they still use coal and oil to produce it. Even here in Ontario, which has a lot of hydro, a lot of electricity is produced by burning fossil fuels. We should have the option to use nothing but carbon-free electricity, but governments everywhere I've lived are pushing back against this option, shutting down clean energy alternatives, and promoting oil and gas. So I heat with gas. It's either that or freeze.

Let's also consider food and clothing. Here's I'm thinking not so much about cooking, where the situation is the same as it is for heating and cooling, but about what is available to me to eat and wear. For the most part, when I go into the store, the stuff I buy comes from somewhere else and was transported here. Why are we importing apples and potatoes to Canada? The same with clothing; my grandfather used to manufacture shirts, but the clothes I wear today - including the 'Canada' branded t-shirt I'm wearing right now - are made elsewhere. The shirt - 100% cotton - is from Honduras (which to the best of my knowledge grows no cotton).

Why is my selection of food and clothing so overwhelmingly from other places? It is, of course, because it is cheaper to grow and make somewhere else and ship it here. Question economists about that and they will talk about the high cost of labour in Canada. But why is it so cheap to transport pretty much everything I consume from thousands of miles away? Why do we allow shirts to be sold at all from places where wages are well below poverty level? Free trade is what makes this possible, but the people who live there are trapped there with no income, no services, and no hope. Free trade without freedom of mobility is freedom for the rich and servitude for the poor.

We could also talk about transportation. I lived most of my life without a car. I relied on public transit, I rode my cycle, and I walked. Eventually, in Moncton, I broke down and bought a car, because getting around without one was basically impossible. Public transportation was terrible, and in winter the streets and sidewalks were so bad it was impossible to walk even the short 2km distance from my house to my work.

When I moved to Ontario I chose a place where there I could walk to the train station. But the trains are infrequent and unreliable, they're expensive, and of course they still run on diesel. And public transportation in Ottawa is a mess, as it is in most car-centered communities. So I bought my PHEV, but after several years of trying I have still not been able to convince NRC to provide power stations (all they need to do is contact the same company that provides them to the Museum of Nature, but still they drag their heels).

So that's housing, commodities, and transportation. In all three cases, our society and economy is structurally biased toward the consumption of fossil fuels. Indeed, for the most part, this consumption is subsidized by governments, and supported through public policy and international commerce and trade laws. We're so dependent on fossil fuels we willingly look the other way from the poverty, war and oppression that makes our carbon-supported economy possible.

So - yeah, if I thought it might have an impact on all of that, I might consider not flying. But all that would be accomplished is that I would make my voice harder to hear, the benefits I provide less accessible to people who need them, and in fact would do nothing but lower the cost (by a fraction of a cent) to other people wanting to travel.

I mean - yes I do consider individual action to be important. For example, I recycle. I've been recycling since doing community paper drives in the 1970s. But individual action is drowned by the weight of corporate and government indifference. Which is how my recycled goods end up in a shipping container to be dumped in the Philippines. If the people who care don't fly, it just makes life easier for the people who don't care. As as we have seen recently, our environment can actually be on fire because of climate change, but the governments and corporations responsible are still more or less indifferent.

The problem - and the solution - to the issues of environment and poverty and the rest lie in the hands of those people who have the power to change what we're doing as a society, the one percent who hold most of the world's power and wealth. They benefit from environmental degradation and we pay the price, just as they benefit from oppressive labour laws, the corruption of government officials, and ownership of real and intellectual property.

We need to force a stark choice on them: taxes or pitchforks. That's the message that began to be heard at Davos this year, and one that we must press upon them with more and more insistence. The 8 trillion dollars - almost 10% of the world’s GDP - hidden in tax havens would provide us with renewable energy and the means to rapidly reduce our impact on the climate (with enough left over to increase the living standards of people around the world).

What I do, in my own small way, is to try to redress that imbalance. I work to keep education public, to keep knowledge in the hands of the people, and promote the rights and interests of people who, through no fault of their own, have found themselves at the wrong end of the income spectrum. That's why I have zero interest in working at elite universities teaching rich kids, zero interest in advancing a Fortune 500 company's patent portfolio, and zero interest in profiting from the sale of my writing or my ideas.

I have been fortunate to have been given enough of a salary for a modest life, and I've dedicated myself to making the most of that opportunity to do some good in this world. All my life I've tried to oppose the billionaires who keep telling me we should all earn less and pay more. All my life I've pushed back against the Irvings and the Kochs and the Thomsons and the Murdochs who try to undermine public services, penalize the poor, and extract maximum wealth from an unwilling population, no matter what the cost to the people or the environment.

If that means getting on an airplane to fly halfway around the world, then that's what I am going to do. I'm not going to let billionaires tell me that I should make do with less when it is they, not I, that are both the cause and the solution to climate change, global inequality, and common prosperity, and I am especially not going to let them constrain me at the point when I am most able to put the point to them and to make them pay for their avarice.
Email Post