The Canadian Government and Cryptocurrency

This is the result of a quick survey I did today on the Canadian governments' stance on cryptocurrency, responding to an internal request. This is a policy-neutal document; that is, I don't advocate one way or another for any of the items described below.

Overall, over the last few years, Canada's stance could be described as cautious engagement. There are two major thrusts. First, various branches of government - including the Bank of Canada, National Research Council, and Treasury Board - are conducting reserach, holding workshops, and initiating pilot projects to seehow blockchain can be employed to support governance. Second, the government has passed and begin to enforce regulations to address the problems of fraud and digital currency crime.

Below you can find an outline of this work and links to primary and secondary references. For those wanting more on blockchain in general, I've been compiling a detailed resource base on associated technologies.

Their information page is here: https://www.canada.ca/en/revenue-agency/programs/about-canada-revenue-agency-cra/compliance/digital-currency.html

In a nutshell: cryptocurrency is not legal tender in Canada, which means you are not required to accept it. However, you may accept it in exchange for goods and services if you wish.

If you do accept cryptocurrency, even if from international sources, you must treat it as income, and assess its value according to fair market value at the time of the transaction. Personal transactions are taxable as income tax, while commercial transactions are subject to Goods and Services Tax (GST).

Alex Benay (CIO of canada): on a Digital Public Service. October, 2018. https://www.canada.ca/en/treasury-board-secretariat/corporate/news/alex-benay-digital-public-service.html "The country that changes their laws the fastest, that changes their regulations the fastest, that helps, for example, accommodate block chain and cryptocurrency technologies the fastest, will have major socio economic benefits" (That's basically all he says about crypto in this short talk).

The Bank of Canada is not a banking regulator and does not have regulatory authority over fintech startups. Still, it has taken part in a pilot project, called Project Jasper (see below) and authored a number of reports examining the impact of digital currency. It has also contributed to Canada's regulatory agenda, as noted here: https://www.bankofcanada.ca/research/digital-currencies-and-fintech/collaboration-on-the-regulatory-agenda/

According to reports, "Bank of Canada governor Stephen Poloz is sounding the alarm on Bitcoin, calling the purchase of the cryptocurrency 'closer to gambling than investing.' In a speech at the Canadian Club Toronto on Thursday, the governor said Bitcoin is not a reliable store of value and does not constitute 'money.' He added that buying the cryptocurrency 'means buying risk' and urged those flocking to it to 'read the fine print.'" From December, 2017. https://www.canadianunderwriter.ca/legislation-regulation/buying-bitcoin-means-buying-risk-says-bank-canada-governor-1004125212/

"Project Jasper was launched in March 2016 with the aim of understanding how distributed ledger technology (DLT) could transform the future of payments in Canada. The project represents a collaborative effort between Payments Canada, its member financial institutions, the Bank of Canada and other market participants."

Various jurisdictions in Canada have undertaken pilot projects in the use of cryptocurrency. Some examples: "The Ontario town of Innisfil will soon begin accepting digital currencies as payment for its property taxes, starting with Bitcoin," according to CBC News.

IBM, British Columbia, and the Digital ID & Authentication Council of Canada (DIACC) developed a proof of concept to explore the viability of blockchain for corporate registries, 2017. https://diacc.ca/2017/06/06/is-blockchain-the-answer-to-corporate-registries-in-canada/

Response to the QuadrigaCX Case

Investigators have yet to determine what happened to about $190 million worth of cryptocurrency that has been missing or inaccessible since December, when a co-founder of QuadrigaCX trading platform died without revealing his password. (CBC - https://www.cbc.ca/news/canada/toronto/innisfil-property-tax-uber-ontario-bitcoin-crypto-1.5075961 )

In 2018 the government passed a nukmber of amendments to legislation to crack down on digital currency crime. The amendments are described in the Canada Gazette: http://www.gazette.gc.ca/rp-pr/p1/2018/2018-06-09/html/reg1-eng.html

In 2018 Canada participated in an international 'Operation Cryptosweep' to crack down on fraudulent cryptocurrency operators. A list of actions can be found at the North American Securities Administrators Association (NASAA): https://www.nasaa.org/policy/enforcement/operation-cryptosweep/ The following actions were taken by Canadian regulators:

From Budget 2019 https://www.budget.gc.ca/2019/docs/plan/chap-04-en.html
"To further combat tax evasion and aggressive tax avoidance, Budget 2019 proposes to invest an additional $150.8 million over five years, starting in 2019–20. This investment will allow the CRA to fund new initiatives and extend existing programs, including:

The government of Nova Scotia issued a 'Investor Alert for aGifttoken', which claims to have an office in Romania. The alert noted, "It is illegal to solicit investments in Nova Scotia without registering with the commission and complying with Nova Scotia securities laws." https://novascotia.ca/news/release/?id=20190807003 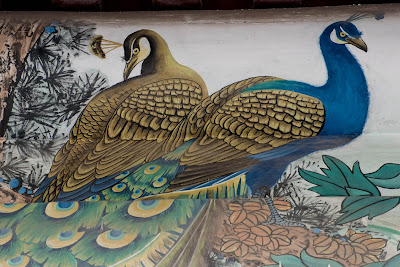