The fallout from the Jeffrey Epstein scandal continues to roil. Ethan Zuckerman has left the Media Lab. Joi Ito has resigned in disgrace, Nicholas Negroponte offered a bone-headed defense, Lawrence Lessig has written a bone-headed defense, an official at Brown has been taken down, we probably haven't seen the end of the Steven Pinker connection, and Evgeny Morozov writes, in an argument that I largely agree with, that "the Epstein scandal at MIT shows the moral bankruptcy of techno-elites."

I have written and spoken often of the Harvard-Yale-MIT-Stanford nexus. I've commented on the role of higher education in helping rich people become more rich. I've discussed how the primary rule at things like TED talks is "don't offend corporate elites." I've questioned the motives of foundations like Gates and others. I've certainly questioned the role of Creative Commons in the commodification and commercialization of the stuff we want to share. I didn't know about the seamier side of all this, but hey, it's just what you would expect to go along with wealth and power.

I've worked in the same industry as all these people, often on the same topics - from content syndication to open content to social networking to decentralized networks. But never with these people. This reflects no virtue on my part - there isn't a chance in the world they would ever have me. I'm not money, I'm not Harvard, I'm not connected.

They all know each other, of course, just the same way the people in my own community all know each other. There's a group of people who I would characterize as creating the real change in educational technology, not one of whom has any real connection to the well-funded world of elite universities. We can't compete for fund-raising, for venture capital, for media, not because we're not any better, but because we're not like them.

Now we've learned that being 'like them' means tolerating and even promoting the worst excesses of billionaires. But don't think of this as exceptional. Think of this as business as usual.

Now having said all that I have to ask myself whether I'm any better than them. To be sure, I haven't sold young girls into servitude or anything like that. And when I have found myself in positions that could have become compromising, I have said "no." But I have to admit to having looked with some envy at the well-funded careers of the ed tech stars. And I wonder whether I would have said "no" if, say, Media Lab had asked me to work there. I'd like to think I would have.

After all, I work in a government research lab here in Canada. I take money from whatever government is in power here. I don't think our governments have been involved in any such dealings, but we've had Prime Ministers from different parties who are comfortable with the Davos elite, comfortable with the 'own your own island' set. And contra Lawrence Lessig, I don't think any large sum of money is ethically clean. As I've often said, "great wealth is prima facie evidence of criminality."

Would I have taken money from Microsoft or Apple, had it ever been offered? There's a lot of prestige there, and who cares if they got their start with a little under-the-table phreaking and held their edge with questionable business practices? I could be comfortable with my own ethics while not worrying about those of my funders. Would I have taken Facebook money, were it ever offered? Google's? Blackboard's? Would I have accepted a Davos invitation, or a chance to publish a well-publicized book?

All I would have to do is to accept a few things, say a few things are true, bend a little on some of my core philosophies, turn a blind eye to some others. That wouldn't really be so hard, would it?

How much of a leap is it from being a quiet law-abiding technologist in a small research lab in Ottawa to a well-funded media star at MIT being careful to be quiet about some of the more unsavory aspects of where the money comes from? I think I'm better than that, I want to be better than that. And through my career I've said and done things that pretty much ensured that I'd never be in a position to accept such funding.

Look. I'm glad this thing has blown up on them. I hope the whole lot of them are taken down. They disgust me. But it should have happened a long time ago. But it didn't, and this shows just how tight this nexus is, how close the connections are between billionaires, corporations, government, media, and academia. And they're not going to be taken down by this, not even by this, because there's no end to the supply of people willing to give up just a little in order to work for the rich and the powerful.

But just know, there are things I see every day that sets off this whole chain of thought in my mind. When someone quotes preferentially from the Harvard-Yale-MIT-Stanford nexus, instead of the commoners who actually developed an idea. When some media outlet (and I include you, CBC) focuses on people who publish books, instead of people who blog and share openly. When I read about support for charter schools, educational disruption, direct instruction, and content knowledge over critical thinking. When people tell us people are better and better off, because of rising GDPs. When people tweet TED talks, or worse, promote themselves via TED talks. When people say the people need leaders.

I think my best defense to Epstein-level corruption has been to make myself unattractive to it. But my proximity to the industry has show me how easy it is, and how many entry-level openings there are for the next incumbent. Just begin with a short post highlighting a charter school's innovation, a tech startup founded in a dorm room, a book by a Harvard grad. Follow the invitations from there... 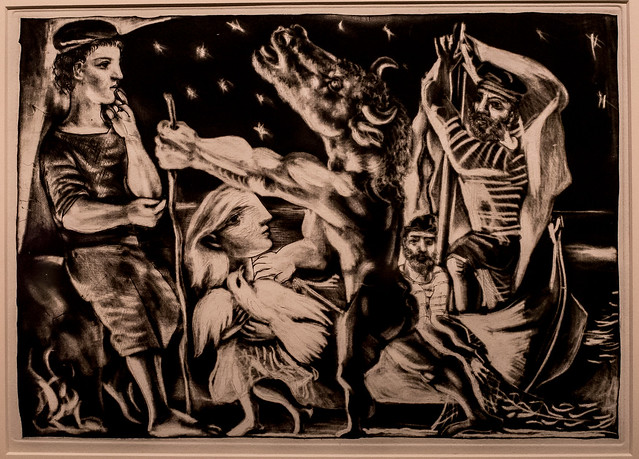