NB This is only a very preliminary sketch of what should really be a longer treatment.


1) Today I found a great idea in your work that I've been thinking about a lot recently. You said at page 555 (Connectivism and connective knowledge):

"Language games - I could do a whole one-hour talk on this. Understanding games as the languages people use to communicate back and forth with each other. Understanding MOOCs in terms of those same languages"

And I cannot but relate that to Wittgenstein's (and I know you like him a lot). Do you have any text where you treat specifically about this relationship (learning and language games)?

And 2) I tried to explain your positions to a friend, and he said: "well, he's a damn behaviorist". And although I said "no" to him, I couldn't explain very well why. Because I don't believe you disregard completely the "thought" process (like saying it's insignificant or non-existant). It seems to me you only "decentralized" thought (but I'm not so sure of what that means either). Well, how do you see the difference?

Which, btw, is a great question. My response:

I do not in fact have a text where I talk about learning and language games. But it would be well worth writing one.

In particular, Wittgenstein rejects what might be called the 'language of thought' thesis - the idea that our thoughts and our internal mental dialogue are the same. Language, for Wittgenstein, is a public phenomenon. But we don't actually 'think in language'.

The 'language games' explanation shows why this is a case. Consider a hockey game. We have memories of hockey, thoughts of hockey, but we don't actually have a hockey game in our head. Hockey can only exist in the world outside our head, and what we are experiencing are conscious perceptions related to hockey, not hockey itself.

So how do we learn how to play hockey? A cognitivust would say we create a semantic representation of hockey in our mind, such that mental entities stand for physical entities. That's OK so far, until we say that the meaning of these entities is independent of the hockey game itself (which is what a language of thought hypothesis would entail - the meaning of entities in this hypothesis would depend on grammar and semantics). 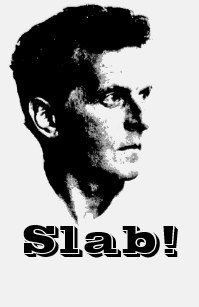 Instead, says Wittgenstein, the meaning of these entities - what is a goal, what is icing (what is 'fetch me a slab', in the language of the Blue and Brown book) - is determined entirely by the interplay of the people playing the game - in other words, meaning is use.

The implication is that you cannot tell people how to play hockey (or how to learn a language) and have them actually learn. To be sure, they will learn *something* - but it won't be hockey - it will be the new game consisting of you telling and me responding.

Connectivism attempts to describe what is *actually* happening in thought and consciousness (because it's not a semantically based language of thought). On an individual level, it's the story of what happens when you stimulate a network consisting of human neurons (and, qua embodiment theory, other human body parts).

That is why while I talk about patterns of connectivity and neural plasticity, I also take pains to depict connectivism as a non-representationalist theory, more similar to the 'direct perception' of JJ Gibson.