The Failure of Reason 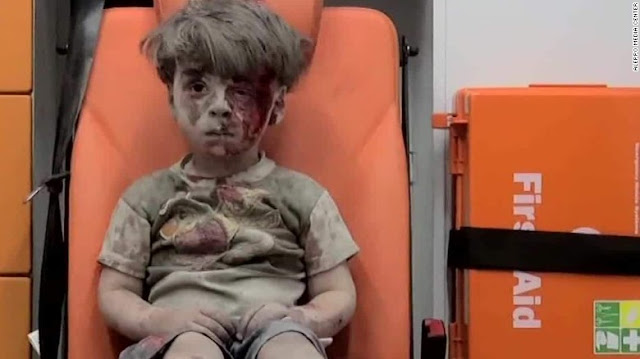 During yesterday's Future Trends Forum conversation featuring Kathleen Fitzpatrick - the author of Generous Thinking and proponent of reasoned debate between opposing parties - I asked a question that went roughly along the following lines:

What if reason is what's at fault here? We don't use reason to arrive at our core beliefs or to tell us how to live our lives - we use experiences, upbringing and the rest. We very rarely change our minds because of an argument; we need something a lot more direct. So why should we make reason the basis for democracy?

Fitzpatrick didn't have an answer, partially (I think) because the question challenges one of the core assumptions of our society, and partially because there might not be an answer.

And the challenge to the rule of reason challenges the nature and role of the power structures in society. The argument from reason often concludes "the people are wrong". The problem of democracy is addressed by either educating the people, or reserving decision-making for a more educated set of people (both were discussed during the webcast).

But as I asserted in my comment, "the people aren't wrong." Sure, they may be voting for someone I don't even remotely support, but if we get past that a bit and ask why they are voting this way, the people seem eminently  (if I dare say) reasonable.

They are seeing their society disappear from under them. They are seeing jobs disappear, losing the prospect of owning their own home, watching as their pensions are being stolen, and find themselves falling further and further behind.

Social mobility is essentially nonexistent. So are social supports - health care is costing more and more, education is becoming less accessible, and all the promises of technology have been replaced by gadgets and insecurity. Toys cost less, but the essentials of life cost more.

Anyone can see this - and yet people who use reason acts as though it doesn't exist. They're on a completely different agenda. The left talks about different kinds of morality, focuses on identity issues, and talks about correct speech and behaviour, while the right focuses on helping business become bigger through trade networks and deregulation.

And the media, who should know better, focus on triviality. The MIT Press Reader, for example, raises the problem of information pollution as follows: "President Donald Trump’s official spokesperson asserted that the crowds for his inauguration were the biggest had by any president ever. The claim was false, and hilariously so."

Well maybe it was. But who cares, really? Is this what reason has brought is to?

Fitzpatrick represented it as a problem of post-modernism, where there is no truth and there are no facts. So does the Press Reader: "Facts — indeed, the values of truth and rationality — seemed not to matter."

Listening to This Week in Google today I heard about the Symantec Report discussing disinformation campaigns on Twitter. One thing that caught my eye was that "the campaign directed propaganda at both sides of the liberal/conservative political divide in the U.S., in particular the more disaffected elements of both camps." Trump on the right, Bernie on the left, someone commented.


Consider the argument made in Against the Dead Consensus, just recently profiled in the NY Times. "The consensus that the manifesto came to bury belonged to conservatism as it existed between the time of William F. Buckley Jr. and the rise of Donald Trump: An ideology that packaged limited government, free markets, a hawkish foreign policy and cultural conservatism together, and that assumed that business interests and religious conservatives and ambitious American-empire builders belonged naturally to the same coalition."

In my comment I mentioned the argument against reason and rationalism by John Ralston Saul. Consider, for example, Voltaire's Bastards. Summarized here: "our 'rational elites' have gradually instituted reforms in every phase of social life. But Saul shows that they have also been responsible for most of the difficulties and violence of the same period (and) helped to turn the modern West into a vast, incomprehensible, direction less machine, run by process-minded experts – Voltaire’s bastards – whose cult of scientific management is bereft of both sense and morality."

On both the left and the right - and in the great suffering middle - there is a recognition that reason and rationality have left society aimless and purposeless, and worse, have abandoned the idea that there is anything of value.

And what we value isn't something that can be measured and counted, it isn't something that than be argued about and debated rationally. This is sometimes thought of as data feminism, but I think it has its origins in the idea of theory-laden data and offers a wider ranging critique of reason in general. It has its origins in our physical core, in what makes the difference between a sense of well-being and a sense of helplessness, a sense of justice and that cold anger rising against the manifestly unjust (no matter how well it is justified).

After reading Robert Nozick's Philosophical Explanations many years ago I stopped arguing for my own thoughts and ideas, and instead started explaining them. As summarized, "Nozick presents a new mode of philosophizing. In place of the usual semi-coercive philosophical goals of proof, of forcing people to accept conclusions, this book seeks philosophical explanations and understanding, and thereby stays truer to the original motivations for being interested in philosophy."

I think that things like logic, reason, mathematics and inference are wonderful tools. As Descartes so helpfully explains four centuries ago, they helps us make clear what is inherent in the ideas and options we already have. But we cannot base a society, a democracy, on them. We cannot count our way to justice, we cannot infer our way to decency.

We are not going to be able to address the problems of disinformation and of extremism through rationality and reason. People don't think that way, and they are persuaded that way. If it were up to me, I would focus on two major things: first of all, actually addressing the problems and issues of the disaffected, and second, setting higher standards for our own behaviour - because, after all, when the leaders are all crooks, why should we expect the population to be any different?