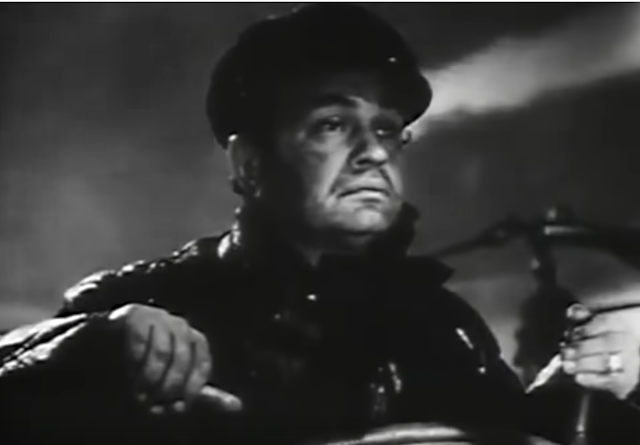 You sometimes hear me stumble over the word 'value', the way I did in a recent interview. Let me explain why.

In the interview the other day I rephrased this shorthand to refer back to Kant, who says (paraphrased) "each person is an end in and of themselves, and not a means to some end." That's also a pretty easy shorthand, and suggests that it is wrong to use people to further your own ends. Or as Wikipedia says, they have intrinsic, not instrumental, value.

I'm not comfortable with any of this talk. Partially, I'm uncomfortable with it because it brings in the idea of human worth being measured. I don't think that there's some sort of giant global mechanism pitting each human against the other in some sort of league table of worthiness.

There is no mechanism whereby such a measurement could be meaningful - no principled means, for example, of determining whether a person's potential as a child or accomplishments as an elder ranks them more of less high on the scale. The numbers we apply when we talk about a person's worth don't stand for anything, because there can be no agreement about what they should stand for.

There's also a deeper sense in which I am uncomfortable with such talk, and that is my discomfort with the framing of such conversation in terms of value and benefit at all. In a world where the last two centuries have been dominated by debates between economic systems, such discussion reduces humans to elements within such systems.

Take the Marxist dictum, "From each according to his ability, to each according to his needs." Now this may or may not be a good principle for the production and allocation of resources in a society, but it feels wrong to define people in such terms. A person is much more than their demand or contribution to society.Of course Marxists know this, and of course the conversation turns to other topics, and yet, it always seems to come back to what people need and what they can contribute.

In the capitalist economy, benefit is defined by the consumer. The consumer may be a person, a government, a company, or whatever. One type of benefit is intrinsic, representing the ultimate worth of something to the consumer. Another is economic, representing how much the person is actually willing to pay. These are impacted not only by the individual's needs and ability to pay, but also by the wider demand in society, and by the supply or the thing in question, and by any number of other intangible factors (perception of risk, perception of quality, utility, social standing, and more).

Maybe there is a way in a market-based economy to d find the value of a person. Ultimately, the value would be whatever the value is - no matter how the market calculated the value, it would calculate the value in some way, and that value is the value. But that value may not be something we're comfortable with. It's the logic expressed by Jack London:


Why, if there is anything in supply and demand, life is the cheapest thing in the world.  There is only so much water, so much earth, so much air; but the life that is demanding to be born is limitless.... And human life is in no wise different, though you feel it is and think that you reason why it is.  Why should I be parsimonious with this life which is cheap and without value?  There are more sailors than there are ships on the sea for them, more workers than there are factories or machines for them.

It's a bit like the way Nick Shackleton-Jones expresses himself in a post yesterday. My talking about the 'value' of a person would be "unhelpful - rather like joining a philosophical debate on the nature of the human soul with 'there is no soul'."

I don't want to say that a human has no value, or that a human's value is unmeasurable, or that every human is of equal value to the others. What I want to say is that words like 'value' and 'worth' and 'benefit' are not the right words to use to describe people. It's like talking about what language a tree speaks, what firepower a flower has, what political leaning are expressed by an anteater.

When I talk about people belonging to a network, for example, the only relevant thing to me is that the person is a part of the network - not how many connections they have, not what weight their words have within the network, not whether the person is a desirable contact to have. All of these are ways of trying to characterize the person's participation in economic terms, when the fact of their participation in a network has no economic properties at all.

(Economic terms and values have so infused our language it becomes almost impossible to say anything about a person outside that perspective. Even Kant has to refer to the worth of a person in terms of another person's perspective of value.)

Why does  any of this matter? It has to do with how we will construct a post-industrial society.

In an article today I read this: "Value never disappears, it just shifts to another place." What does that mean? It felt to me on reading this as though the writer though of 'value' as akin to 'mass', an underlying property that explains the domain. In the case of 'mass', all physical things will have more or less mass, which can be detected by means of weight or momentum, or whatever. In the cause of 'value', the idea would be that all moral things have value, a greater or lesser worth depending on the decisions they make, which can be detected by means of benefits and payments and work.

To me, this is a dystopia. It says to me that no matter how advanced we become, no matter how productive we are, we will always move from one type of work to another type of work to another, always in each successive iteration expressing our 'value' to each other through the things that we do and the decisions we make. It says that an economy is as inevitably a part of our future as are gravity and entropy.

Maybe they're right. Maybe cognition itself is a life-or-death struggle for relevance. Maybe the good ideas survive, and have value, while the worthless are discarded like so many dead skin cells or unused neurons. Or maybe not.

The thing is, unlike mass, which is inherent in matter, value can only be found in relation to its opposite, the valueless. In cognition, for example, both a right answer and a wrong answer are of equal value because you cannot even define something as 'right' without also defining something as 'wrong'. In the case of worth, you cannot think of something as having 'worth' without also thinking as something else as 'worthless', because worth is based on the decision to spend on one thing rather than another. If there's only one thing to buy, price as a concept loses all sense.

But I see more - much more - to a person than that. The mere fact of a person's existence matters - it is the possibility of life that explains life, not what we do with it once we have it. What a person is matters more than what they do. (I saw this expressed in the context of pedagogy just a few days ago, but I can't find the reference - but the idea was that what's important is that the teacher literally is the knowledge, and not the p[articular pedagogical moves the make to pass that knowledge on. Or as I thought to myself - I would value talking about gardening with Albert Einstein. Or my only interaction with Marvin Minsky, where we looked at and talk about modern art).