The Fabrication that is OER 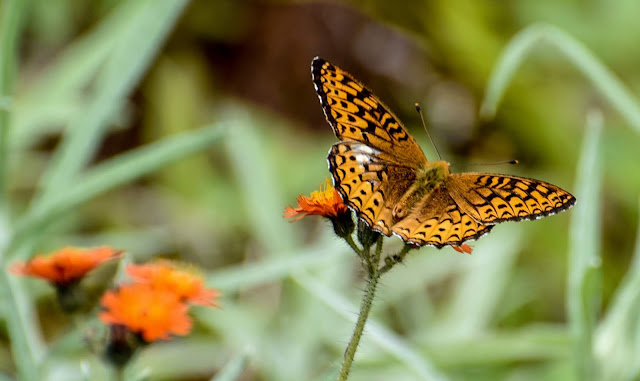 OER stands for 'Open Educational Resources' and as readers know I have been a long-time proponent of free and open learning resources. So why would I call them a fabrication in the title of this post?

It's a response to OER @ 16, "Where are You?" by Gordon Freedman, a column published as a LinkedIn post. The fabrication is that OER is 16 years old. Freedman makes the case, though, with the narrative that has been popularly accepted in the field:
The way this is phrased, it's as though this concept came into being in 2002. It is as though OER was an idea that crystallized at places like Hewlett and MIT and UNESCO and was held forth as "a clarion call to other institutions."

Nothing could be further from the truth. 2002 was the year the idea of open content was appropriated by these institutions and rebranded into something that would be institutional, sustainable, and market-driven.

The idea that any of these began in 2002 is absurd. I would be the last person to claim to have initiated open content, but the open access license on my Guide to the Logical Fallacies dates from 1995, a full seven years earlier.

In 1995 I was merely following a convention that had already been long established in the community, the idea that learning resources (and digital content generally) were for sharing. It's a concept that was well-entrenched in the idea of shareware (an idea that began two decades before before OCW).

There's another fabrication in the first few paragraphs of Gordon Freedman's article, a fabrication that it is equally important to note. It is found here:
It is restated here:
It is the depiction of the advocacy of OER as a movement, of the promotion of OER as akin to an article of faith, and overall the idea of open content as something that is fundamentally opposed to more rational approaches to knowledge and learning.

This will ultimately be cast as OER's weakness, and the call made to 'pragmatism over zeal' (if I may borrow the phrase). But this isn't an inherent aspect of sharing free and open content. It has to be invented, and it was invented at once by the institutions promoting OER in 2002 and by those opposing it.

If, however, you never intended to fly an airplane in the first place, then you cannot be said to have failed if you didn't do so, and the inability to fly an airplane becomes pretty irrelevant. It all has to do with what we call 'success'.

First, let's consider the expertise:
And second, to the failure:
When put this way, the deception, I think, becomes pretty clear. It is a very clear substitution of a product-oriented philosophy for the one that proponents of free and open content actually have, one that is based on making, sharing and interacting.

I think Gordon Freedman simply misunderstands how the rest of us see the world. Consider this:
Now there are days where I have the feeling that there are people on the other side fighting against the idea of producing more and better educated people. But this isn't the point. The point is that it isn't a war and we're not in a battle for any such thing.

First, unlike proselytizers, proponents of free and open content sharing are not engaged in an effort to "produce" anything in particular, much less a particular sort of person. It would be nice if people had the opportunity to become better educated, but the idea that this is something we can manufacture on demand (against an unnamed opponent) seems absurd.

But second, and more to the point, even if this were our objective, a 'battle' and a 'war' would not be how we would want to approach it.We don't fight, we work, and we don't compel, we cooperate. There isn't some sort of global narrative driving our actions.

Freedman writes, "Open knowledge is flowing, albeit in a self-organizing way," as though this were a bad thing. But from where I sit, this is open knowledge working as it should.

Feldman sees OER as something that should be harnessed to support a particular objective:
This may be true, but why should we care? We who create free and open content weren't put on earth to serve the interests of those who want some new kind of publishing industry.

The people I know (and maybe it's just me; who knows?) have never thought of education as a matter of finding, organizing and presenting learning content with the objective of producing a certain type of person.

Open content isn't about finding just the right content for reuse; it's about making it out of whatever you have at hand, without someone coming along and telling you that you're not allowed to do that.

Who are we trying to be? What would constitute success?
I think that there's no doubt that these companies are commercial successes. But the idea that they have been successful publishers is a much more contentious point. And let me draw this out more fully:

First, the idea of these companies as content producers would be laughable. Though they have all dabbled, none of them has succeeded as a publisher. They are, all of them, tools and platforms.

That's significant because, without us, none of them would have been successful. Does anyone remember Apple's Rip, Mix, Burn slogan?

All of these hugely successful companies built that success on our freely created and shared content. On our websites, which Google indexed. On our videos, which YouTube shared. On our conversations, which Facebook streamed. And the rest of it - productized, commercialized, and sold to advertisers as 'content'.

This is significant, because the 'success' of these companies, like so many industries before them, has consisted largely in polluting the environment they inhabit, privatizing the commons they share, and ultimately, undermining the core filaments of knowledge, understanding and interaction that inform our democratic institutions and give us a society worth living in.

This isn't success. This may be what Freedman wants:
This isn't picking up the reigns. This is picking at the entrails.  It's finding what you can scavenge from the work of other people and then acting like you invented the whole thing.

The final fabrication in this article is that success belongs to those who are in it for the money.

Now to be fair, it's not clear that Rice University's Connexions (later rebranded as OpenStax) and Salman Khan (of the self-styled Khan Academy) started out seeking the money (though Rice, I think, did). The main point here is that they took the money, and that in Freedman's eyes, this is what made them successful.
Now these are only a limited success, because they are essentially subsidized publishing. For Freedman, real success would look something like Netflix or Expedia or Zillow.
I have never received - nor do I expect to ever receive - funding from Gates or Hewlett or the rest of them. This might be because I am unattractive, but I think it's mostly because I've never dated Silicon Valley and never considered desiring to marry what they do with what I do.

I'm not interested in collecting, institutionalizing, and marketing educational content as a product. Maybe there are some people in OER who are really interested in this aspect of it (and they tend to collect together, write manifestos, work with institutions, and collect all the funding). But I'm not, nor are, I think, the vast majority of people who actually produce and share free and open learning content.

I'm not going to say "it's about community" or "it's about teaching" or any of the things people typically say at this point, because it's about none of these, and all of these, about nothing in particular, and about what each of us wants to do.

And my manifesto is that we're not done.

We have created a beautiful world of billions of images, videos, articles and messages that we've shared back and forth with each other since the 1980s and this world is our heritage and our legacy.

This is the world that we need to protect - not to institutionalize, but to make it so that it can never be institutionalized, but freely used to create and share anew so long as there is a world to do it in.

There's more to come, and we've only just reached the end of the beginning.