The Morality of the More Powerful

My own sense of morality has always been from the perspective of the more powerful. This is not because I am the most powerful person in the world; far from it. Indeed, I am always sensitive to the actions (and frequent immorality) of those more powerful than I. But that does not change my perspective.

As a result of my birth, and as a result of my upbringing, I have tremendous advantages over most people in the world. It's not just privilege, though it is certainly partially that. I have been gifted with significant intelligence and wisdom, which is a personal advantage over others just as, say, great strength or speed would be.

I have a personal and moral compass that guides me not merely to do well but also to do good in the world. This compass is important to me, and I have shared it in the past. Let me pause for a few moments and explore what it is and what it means.

I want and visualize and aspire toward a system of society and learning where each person is able to rise to his or her fullest potential...

I can't think of anything more fundamental. It combines Kant's idea that each person is valuable in their own right with John Stuart Mill's principle that each person should be able to pursue their own good in their own way. I have expressed the same idea in other fora through the ideas of autonomy and diversity and interactivity and openness, and explained why I think these are important.

Significantly, this is not a principle that requires that a person should aspire to a good in one particular direction or another. It's a condition I impose on myself to the effect that I should not stand in the way of people reaching toward their highest aspirations. But it is up to each individual to define that how they wish, and to aspire to whatever higher goal they envision, or as I say,

where they may express themselves fully and without reservation through art, writing, athletics, invention, or even through their avocations or lifestyle.

I want people to find their best lives and their best relationships, to immerse themselves in them as fully as they wish. I know people to whom community is everything, and others to whom the expression of individuality is everything, and I value each equally. I've known people who have found their sense of selves in their culture, in their religion, in their vocation, in their expression, and I value each equally.

And I value myself just as equally, and I see my own sense of personal self-fulfillment as valid and important, and so for me, the fundamental principle I express above extends to my own capacity to rise to my fullest potential, and it is in defense of this that I speak and act again those who would seek to impose their own sense of good or morality or whatever on my.

And I see society as the mechanism we employ to make this possible, and society has two essential components: first of all, a mechanism that enables us to adjudicate peacefully legitimate differences we have with each other as a result of our conflicting interests; and second of all, the structures we can build together to mutually advance our individual or shared goods.

And so I envision a society of people...

where they are able to form networks of meaningful and rewarding relationships with their peers, with people who share the same interests or hobbies, the same political or religious affiliations - or different interests or affiliations, as the case may be.

This is, as Joe Clark once put it, a community of communities, and where the communities interact much as the people do, each defining its on good in its own way, each valuable as an end in itself, and each dedicated to the principles of self governance rather than to the governance of others.

without social or financial encumbrance,

because to me, these are instruments of instrumentality and coercion. And it is further

a society where knowledge and learning are public goods, freely created and shared, not hoarded or withheld in order to extract wealth or influence.

We should be pursuing a society in which knowledge and wealth is not scarce, but abundant, and where it is freely shared in order to encourage progress and growth, not meted out as an instrument to demand compliance and control.

Indeed, I see a lot of people working toward subsets of this overarching goal. I see them working toward intermediate goals that, if reached, would lead us to this broader ambition.

I see people in social and political movements seeking to address historical and current injustices, people supporting the right of marginalized groups to safety and self-affirmation, such groups including women's rights groups, indigenous rights group, gay and lesbian societies, and more.

I see people working against the instruments of oppression, against imprisonment and torture, against social repression, against oppressive political regimes, against abridgements on personal rights and liberties such as speech and association and worship.

I see people working toward an open society, toward the free sharing of beliefs and ideas, toward th advancement of human knowledge and increase in human wisdom, toward cultural and literary achievement, toward exploration and toward discovery.

And I see people working toward physical well-being, toward curing the sick and caring for the aged and infirm, toward fostering health an education and well-being in society, toward supporting personal and physical achievement and excellence.

All of these people, whatever the differences they may ahve between them, are my allies in my own pursuit. All of these are in their own way working toward their own vision of whatever is good and right and decent. And I embrace them all.

Against this is the actions of some of them, some of us, where we think only of ourselves o our group and seek to pursue our own ambition at the expense of others, where we seek to use others to gain advantage, where we seek to take rather than to build or create or discover.

There's a lot of such people in the world, and indeed, our world is so imperfect that this group probably includes most of us at some time or another. Sometimes - a lot of the time, actually - society pits one of us against the other, and whomever is the stronger or more powerful jut takes what they want or need, without regard to rule or principle or good or right.

That's when the morality of the more powerful comes into play.

We think of power as though it were a weapon, where power (as they say) flows from the barrel of a gun, and where power is ultimately an instrument of force. And it is true that through much of history and even in society today this is how power has been manifest.

The exercise of knowledge and intellect for personal gain is an exercise of power, and stands against what is right and decent and good as any other exercise of force in the service of oppression and servitude.

But knowledge, also, is power, as Francis Bacon famously acknowledged, and when governments gave disease-infected blankets to an unknowing indigenous populations to weaken them and wipe them out, it was no less an exercise of power than it would have been had they lined them up and shot them.

I have talked, for example, of the oppressive instrument of advertising, especially to children, and of the immorality of teaching them that McDonald's sells food or that Candy Crush is a harmless pass-time. The use of surveillance and psychology to convince people to channel their resources and energy to serve the interests of the wealthy and privileged is perhaps the greatest immorality of our time.

To we who are powerful and gifted from birth with a position of advantage, including intellect and wisdom, the tools of psychology and philosophy and morality come very easily. It is not hard to convince ourselves, let alone others, that we are in the right. And indeed, it is not hard to point to the lessons of history that have placed us in a position of advantage to suggest the superiority of our ways.

The morality of the more powerful lies in not doing this.

The worst cases of this abuse happen when the powerful people indulge in this very behviour. Often, it is what has made them powerful in the first place. It's like the right man who got his start through stealing telling the poor that it is immoral to steal. It is like the large corporation that disregards copyright telling schoolchildren that they must respect copyright.

The morality of the more powerful lies is not using their power (their position, their wealth, their intellect) to better their own position in the world at the expense of those less powerful, even in cases where they feel they can justify that position in the name of morality or the betterment of society.

The powerful most often pretend to be working for the betterment of others when in fact each action they take seems to increase the distance between themselves and the rest of society they purport to serve.

When a powerful person has an advantage - some piece of knowledge, for example, or the experience of having read The Cathedral and the Bazaar - then they have no business denying that same advantage to someone who is less powerful; the result would be a very convenient morality that increases the distance between themselves and the society they purport to serve.

If a person is less powerful, then the morality of the powerful should be to bring the less powerful to the same level as the powerful, not to maintain, perpetuate, or even increase the difference in power. The objective of any interaction with others should be to help them express themselves more fully and more completely, to enable them to govern themselves, rather than to control, manipulate, take advantage, or coerce.

Should I be telling people they should lot learn from people who have served their own interest at the expense of others in the past? Should I impose what is essentially my morality on the capacity of others to learn from what is both right and wrong? On what basis do I make such assertions? Or, should I say, on the basis of what hubris?

Or - better - we could share with them what we have learned about the lying and the cheating and the deceit of the more powerful. And, in our day-to-day lives, refrain from that same presumption to a higher morality that all of these well-to-do people do on a day-to-day basis. 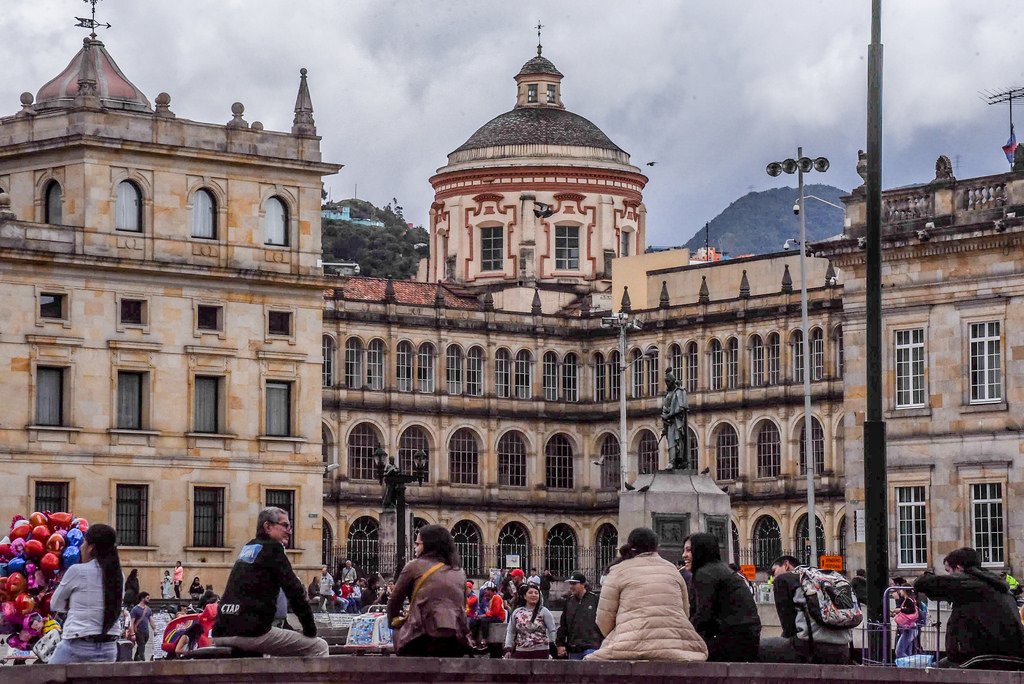