The current government plans to deface some pristine Cape Breton wilderness with a 'Mother Canada' monument. Here's the proposal. Here's some coverage of opposition. A photo below:

What I find a bit puzzling is why Canada's conservative government - the same government that wants to erect a 'victims of communism' memorial in Ottawa - would want to emulate a series of Soviet-era monuments.

And this one I photographed in Riga, Latvia: 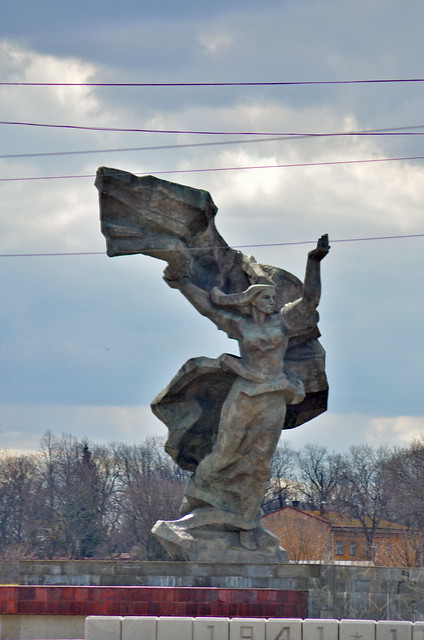 Don't get me wrong; I love every one of these statues. But they speak to a view of the world we more commonly associate with an all-embracing state. It seems an odd choice of design for the Harper Conservatives.