In the light of April 12, 1954, being called the most boring day in history, I began to wonder about my own birthday in April just a few years later. Now 1959 was chock-full of great events, but what about that quiet spring Monday in Montreal, that 6th of April, when I uttered the first of what would be many cries of outrage?

Michael Corrente, who apparently is a celebrity (as I am not) was also born. 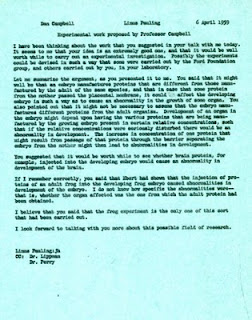 Linus Pauling wrote enthusiastically to Dan Campbell about proposed experimental work concerning the manufacture of enzymes in both the embryo and the adult. 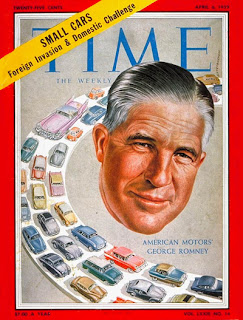 Time Magazine featured American Motors' George Romney. Now there's an omen! According to the cover story, "George Wilcken Romney, at 51, is a broad-shouldered, Bible-quoting broth of a man who burns brightly with the fire of missionary zeal." 51 - that's the same age I am today! "The American dinosaur, to Romney, is the long, low, chrome-laden U.S. auto, i.e., any car of his Big Three competitors." I guess we could say he was ahead of his time.

Also, "French troops from Niger were flown to Dahomey (ie., Benin) to halt antigovernment riots and demonstrations." (No photo; it's Britannica). 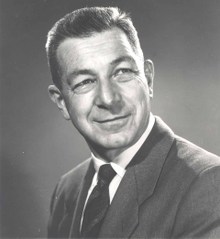 Artist Lenard Kester decided to move his studio of eight years because of the persistent hum of nearby machinery. Kester may be the last artist known to refuse to smear meaningless daubs of paint on a canvas and sell it as art. 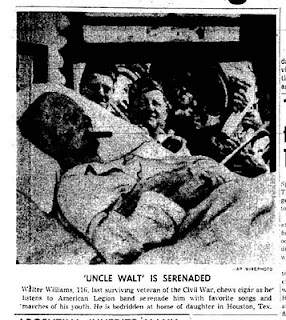 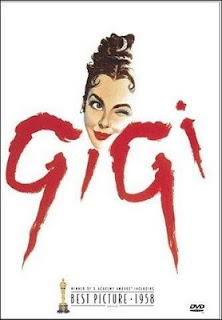 The Academy Awards were held that evening, with Gigi walking away with Best Picture. Raymond Chandler died. Discovering this one actually hits me hard, because I've been listening to dozens and dozens of episodes of the Adventures of Philip Marlowe over the last few months.

Here's his obit: "Raymond Chandler, 70, mystery novelist (The Big Sleep; Farewell, My Lovely; The Lady in the Lake), screen adapter (with Billy Wilder) of Double Indemnity, creator of glib, tough-talking Private Eye Philip Marlowe; in La Jolla, Calif. Chandler came late (44) to his fiction career, but his imagistic style put brassy, sassy dialogue in the corners of some sizable Hollywood mouths, set a standard few could imitate: 'She gave me a smile I could feel in my hip pocket.' The lady had a voice 'that dragged itself out of her throat like a sick man getting out of bed.' Dinner 'tasted like a discarded mailbag.' Since Detective Marlowe was acceptable to brows of every altitude, including snobbish Critic Edmund (Axel's Castle) Wilson, even parboiled eggheads could carry Chandler's thrillers under their arms without resorting to plain wrappers." 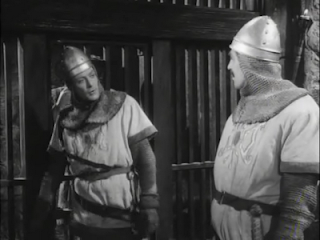 David L. "Dave" Krohn was born in Pigeon, Michigan. Dave passed away April 17, 2010, of cancer. "Following his 1977 graduation from Laker High School, Dave earned a Bachelor’s Degree from Delta College. On April 8, 1978, he married the love of his life, Barbara A. Brunni, at the Pigeon First United Methodist Church. Dave worked for Tower Automotive as a tooling engineer. He served as a director of the Pigeon Lions Club, was a member of Scenic Golf & Country Club and attended Salem United Methodist Church in Pigeon. He was an active member of the community and was always ready to lend a hand to anyone in need." My kind of guy.

Randy Gage was born. "Randy Gage is an American self-development expert, specializing in the area of manifesting success and prosperity.... Today Randy is recognized as one of the world’s preeminent experts on manifesting prosperity. He has become a multi-millionaire, and lives his dream life.... Randy has been dubbed 'the Millionaire Messiah' because he believes that you are meant to be rich, and it is a sin to be poor." Sigh. Where were those Raymond Chandler novels again? 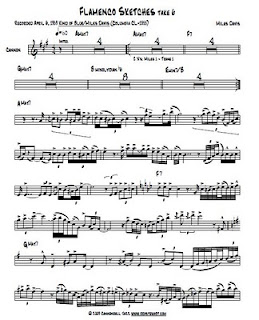 Miles Davis might have recorded Flameco Sketches, of Kind of Blue, from of the Miles Ahead sessions on April 6.

The editors of the proceedings of the American Mathematical Society received this paper, Sums of Stationary Random Variables, first presented a month earlier to the Society. That was back when they would have received it in a brown envelop, when the post only took a day or two to deliver the mail, and when the government funded basic research in mathematics.

John Samuel Kirk, Jr., fell into an irrigation ditch and drowned. "Jack Samuel Kirk entered the military on Jan 23, 1943 at San Francisco, California. He was 18 years old and a senior at Yuba City Union High School. According to his separation papers, he had completed 8 years grammar school and 3 years high school. His major courses were 'Academic' with trade courses in wood work for 3 years and metal shop for 2 years. His job summary stated that he worked as an usher in a theater; automobile service station attendant and in a cannery. Jack's last employer before entering the military was J. Kirby (service station) in Yuba City (Nov 1942).... His last occupation was farm laborer working for Robert Amarel in the farming industry." His wife, Elydia Loretta Lopes, whom he married in 1948, lived up until 2003.

On April 6, 1959, at the meeting in Oxford, England, Prof. Grandjean declared the founding of the International Ergonomics Association.

Life magazine ran a fold-out cover featuring the first installment of a series, 'How The West Was Won', with a Lucky Strike cigarette advertisement on the back cover.

Gordon Gould, who invented the laser in 1957, filed his patent. Yes, the laser. However, as the article notes, "Had Gould gotten good legal advice then, he might have pre-empted the long laser-patent war by applying for a patent before Townes and Schawlow... That filing came months after Schawlow and Townes published their now-famous analysis in the December 1958 Physical Review. What was more critical, however, was that it came long after submission of the Townes and Schawlow-Townes patent applications." Townes would win the 1964 Nobel Prize in physics for developing the laser and maser. Gould would spend the next 30 years fighting for his patent. The applications patent expired in July 1996, with the remaining patents expiring a decade later.

The U.S. Post Office releases a stamp commemorating the 50th anniversary of Robert Peary's trip to the North Pole. Despite his claiming to have arrived at the pole on April 6, 1909, the claim was widely disputed. That said, "The diary Robert E. Peary kept on his 1909 polar expedition, largely ignored by historians because it was unavailable, was finally opened to the public in 1986." Also, national Geographic has never released the photos for independent examination.

On April 6, 1959 — his 16th wedding anniversary — NASA accepted John Glenn into its Project Mercury space program. Arguably, he had a better day that day than I did. Glenn would launch into space February 17, 1962, and become the first American and second person to orbit the Earth. He would later say the following: “If there is one thing I’ve learned in my years on this planet, it’s that the happiest and most fulfilled people I’ve known are those who devoted themselves to something bigger and more profound than merely their own self interest.”

Why was it important that I do this? I don't know; I just had the feeling that I would discover something by exploring the history of this day.

You know, there's one picture of the world we get every evening on the news or every morning in the daily newspaper. There's the story of politics and war and disaster, of lives great and small, of invention and subversion and art and theatre. But then there's that very different picture of the world we get when we take the time to stop and look at the myriad details that go into the making of even a single day. No day in history is boring, and no day without its connection to fame and fortune, to the future and to our past. No life is boring either, no life too insignificant, no life outside that grand mosaic. Each of us who were alive on that little day in April - either for the very first moment, or the very last, or anywhere in between, were a part of something greater than themselves, and in being that, as great as the greatest of us.
Email Post