The True North Boors and Cheats 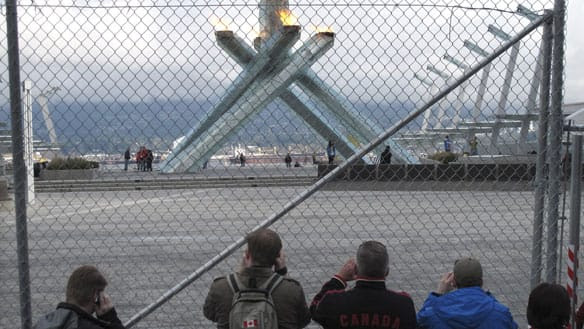 I have been disappointed with the way we've approached the Olympics as a nation this time.

The 'Own the Podium' campaign is but one case in point. The convoluted torch relay with carefully selected torch-bearers and on-point messaging, the Conservative party logo Olympic wear, the wailing 'Believe' anthem and appalling 'belief and magic' speech at the opening ceremonies all served to turn the Olympics into some sort of marketing campaign for a 'new national identity' (something CTV has pushed very hard) based on faith and family, flag-waving, anthem-singing and jingoism.

What's worse is the way the campaign - which transformed what would have been an otherwise brilliant performance by our athletes into a failure - was based on management by 'targets', gerrymandering the facilities (which resulted in an athlete's death), cutting corners on facilities and funding (which resulted in equipment malfunctioning) and in many ways being poor and boorish hosts.

If this is our 'new identity' I want no part of it.
Email Post