As a taxpayer, I would like to thank Moncton city council for showing the prudence and good sense to build a stone firehall in such a practical location.

The new firehall has immediate access to the highway, and is only seconds away from Mountain Road, both hospitals, north Moncton, downtown and the university. Certainly this makes more sense than locating where emergency responders would have to fight traffic every time they received a call. 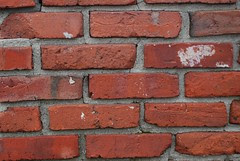 And the new firehall will stand the test of time. I am so happy that City hall did not use vinyl siding. Vinyl may be cheap, but it looks cheap, especially on a public building, and after ten years would look faded and dilapidated. Brick is better than vinyl, of course, but it is not much cheaper than stone, and not as durable.

Stone is a material that demonstrates that we have a commitment to our city, that we expect it to last more than ten years, more than a hundred years, that we want to build not merely for function but also for aesthetics. 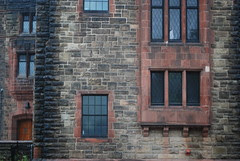 As a taxpayer I want to invest in a city that is worth living in and a pleasure to visit. I want to be proud of our public buildings, not ashamed to see them on television because of the message they'll send. I want them to be around for centuries, not demolished every dozen years.

The constant caterwauling about the cost of public infrastructure is damaging to our city. New Brunswick has been poor for many years. We finally have the chance to invest in ourselves, to build a lasting future, and a few skinflints want to do everything on the cheap.

Well, you get what you pay for. If you want low low taxes, take a hike down the road and live in a city that can barely even afford water and sewage plants. If you want to live in a city to be proud of, stay here, and pay your investment in the future like the rest of us.
Email Post