I plan to do a nicer brochure-style post some time in the future, but I saw this video of Magnetic Hill in Moncton and thought I'd offer an interim 'Tour Moncton' post. Think of it as a progress report.

What prompted me to create this post is this YouTube video showing one of Moncton's feature attractions, the Magnetic Hill. Here it is:

I have been there and tried it. The hill looks and feels pretty steep. The car actually floats backwards up the hill.

Magnetic Hill. You may remember it as the place where the Rolling Stones played a couple of years ago.

Here's a few more videos, to give you a taste. We had Alan Jackson in the Country Rocks the Hill concert last year. The White Stripes were in town a month or so ago (here's some more). This year (in just a few days, actually) we have Faith Hill and Tim McGraw playing on the same site.

I have lived here for the last five years. I'm a natural tourist and have been all over the world. So it should not be a surprise that I have looked at Moncton from the perspective of a visitor. I've traveled through the whole region by bicycle and had the opportunity to visit some great spots. 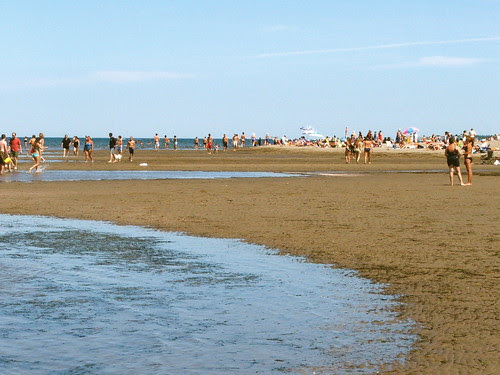 Take, for example, Parlee Beach in Shediac. This is a real ocean beach, on the Northumberland Strait, about 20 km outside the city. The water is quite shallow - you can walk out a long way - and so heats up quickly. As the tides come in and out it creates islands in the sand. The beach is very popular - on a warm summer day, arrive early. 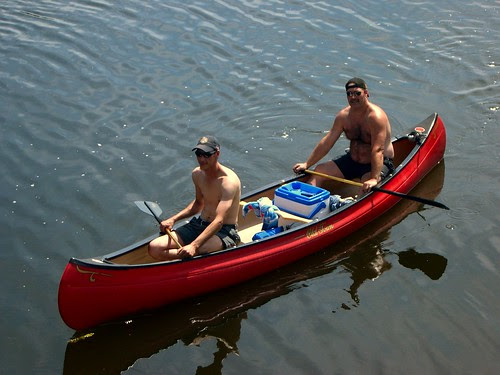 Just north of Shediac along the Northumberland Strait is the little hamlet of Shediac Bridge. It's like a different world - cottages along the sea shore with hiking, fishing, canoeing and off-roading inland in the forest along the river. 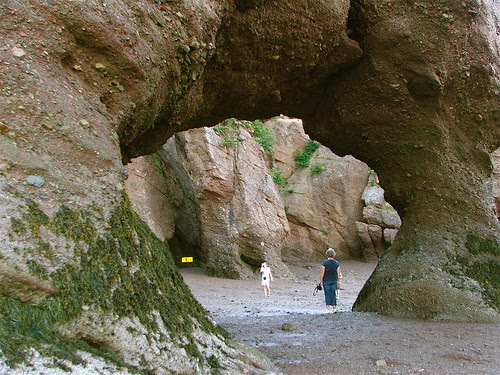 About a half hour drive the other way, you get to Moncton's other coast, the Bay of Fundy. We are one of the few cities to border on two major bodies of water. As you can see, this is a more rugged coast, and here, at the Hopewell Rocks, you can find the highest tides in the world. You can go down and walk on the seabed when the tide is out, and then kayak among the rocks when the tide is up. 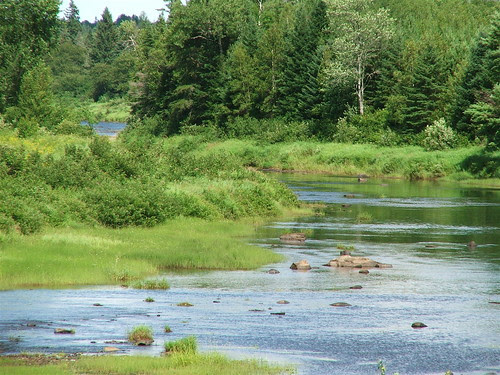 As I've said, I've bicycled all over the region. Here's a photo from one of my recent trips of the beautiful Canaan River. It's about a half hour west of the city. The Caanan runs through a wilderness area north-west of Moncton and eventually flows into Grand Lake, in the centre of new Brunswick. 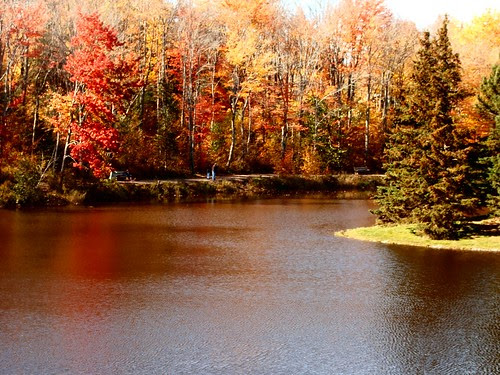 New Brunswick is known for its fall colours. I haven't done them justice in photos yet (I'll try again this fall). The best time to see the leaves turn is in mid-October (I have usually been traveling somewhere else then, which is why it's hard to get photos). 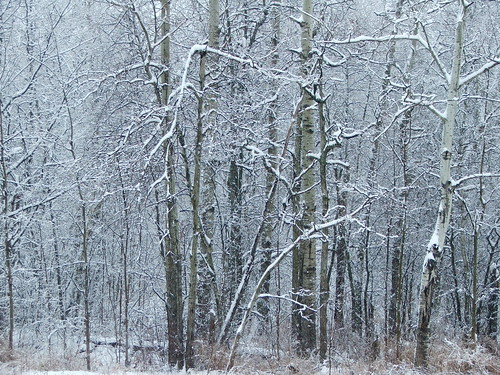 More photos, and more from my first year here.

Moncton can be as pretty as a postcard in winter. This photograph is from the first snowfall last year. Every year there's at least one snowfall like this; usually there's several. There's a lot to see and do in the winter, including cross-country skiing, snowmobiling, and watching the Moncton Wildcats play hockey. 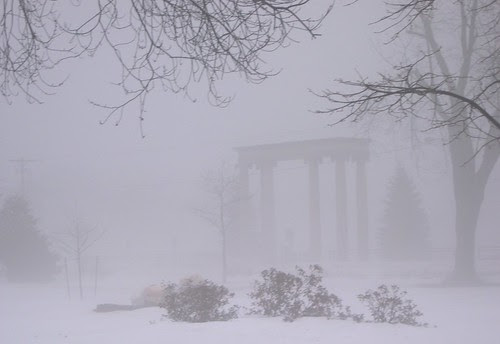 The winter offers a wide variety of weather. Here's a mist we had on Christmas Day, 2003. It was surreal, walking around through Victoria Park and looking at the old homes in the mist in my neighborhood in the city. 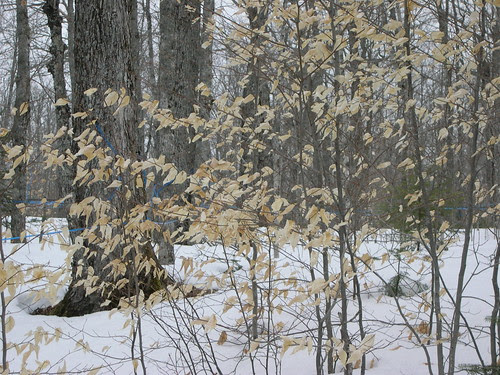 In the first week of April the sap runs and so the bunch of us at the office went to visit the Trites Sugar Camp about five minutes north of the city. In addition to being able to tramp around the forest and look at the operation that makes maple sugar and maple syrup, we had all the pancakes and syrup we could eat in the rustic restaurant. 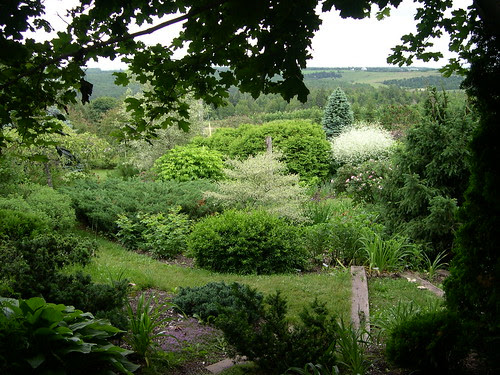 Later that same spring, Andrea went to the Corn Hill Nursery, about a half hour west of the city (we took the Acadian bus to Petitcodiac and then paid a local to drive us the remaining 10 kilometers or so to the Nursery). The Nursery specializes in roses of all sorts, but also excels in lilies and irises. We also bought a Belle de Moscow Lilac from them last year. 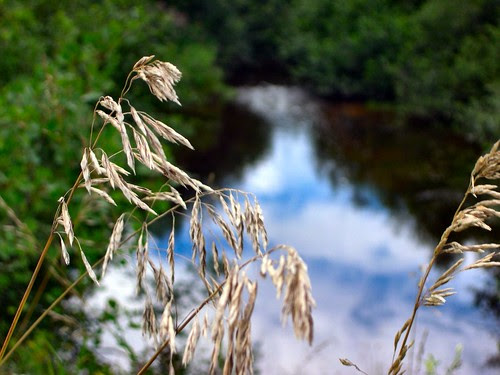 Last year, instead of taking the bus, I cycled to the nursery. This allowed me to visit the town of Petitcodiac, on the Petitcodiac River (pictured above). Also on my way back I saw motorcycle racing at the the River Glade Speedway. 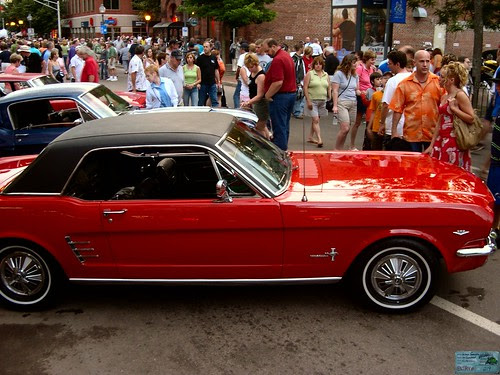 People really enjoy motor sports in Moncton. You can see this at the Atlanticade annual motorcycle show, but nowhere is this more evident than at the Atlantic Nationals, a car show that attracts hundreds of cars - and tens of thousands of people - every summer. The downtown is closed off for the showcase and outdoor concert, and then the show moves to Centennial Park for a leisurely two days of barbecuing and bartering. 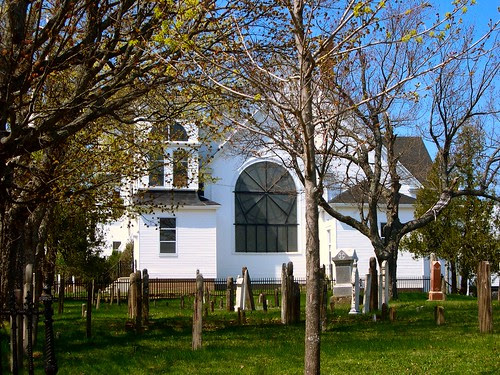 Moncton's transportation history is evident at the Train Museum in Hillsborough, about 15 minutes south of the city (you can visit it on your way to the Hopewell Rocks). The bicycle ride to Hillsborough is a series of beautiful hills overlooking the Petitcodiac inlet, and when you get there you can look at the old houses and have a coffee in the Tea House overlooking the bay.

There's a lot I haven't covered here. Like the tidal bore, pictured above. This is what happens when the tide comes in and the Petitcodiac River begins running backward through the city. The tidal bore used to be more spectacular, before a causway was built over the river. We're getting rid of that, and the river will flow free through the city again.

I also didn't mention the new mountain bike trail in the wilderness part of Centennial Park. It was just built by mountain bikers (with the support of the city) this summer. I enjoy biking though Centennial Park, but I'm a little too old to be messing around with the trails jumps and ramps. Or, for that matter, with the city's skateboard park on the waterfront.

I have also not mentioned the city of Dieppe, which is right next to Moncton, or the region's colorful French Acadian heritage. The original French settlers of the region were deported by the English in 1755, with many of them being sent to Louisiana - and becoming Cajuns. Many were able to flee and hide, however, and today we have a strong and spirited Acadian nation living alongside the English and other residents of Moncton.

Similarly, I haven't biked further north of Shediac Bridge, where I would be able to visit Bouctouche and the Le Pays de la Sagouine, a hub of Acadian culture and architecture along the sea, and Kouchibouguac National Park just north of that. I haven't mentioned Sackville, about a half hour to the south, home of Mount Allison University. Nor have I mentioned comedy at Yuk Yuks, shopping at the largest mall in Atlantic Canada, the University of Moncton, and much much more.
Email Post